The SBD Dauntless is a World War II Naval dive bomber that is best known for sinking the Japanese carriers at the Battle of Midway in June 1942. This very rare and still flying Dauntless not only saw service during the war but also appeared in the movies “Midway” and “War And Remembrance”. Flying out of the Palm Springs Air Museum from the “Planes Of Fame” Air Museum in Chino California. 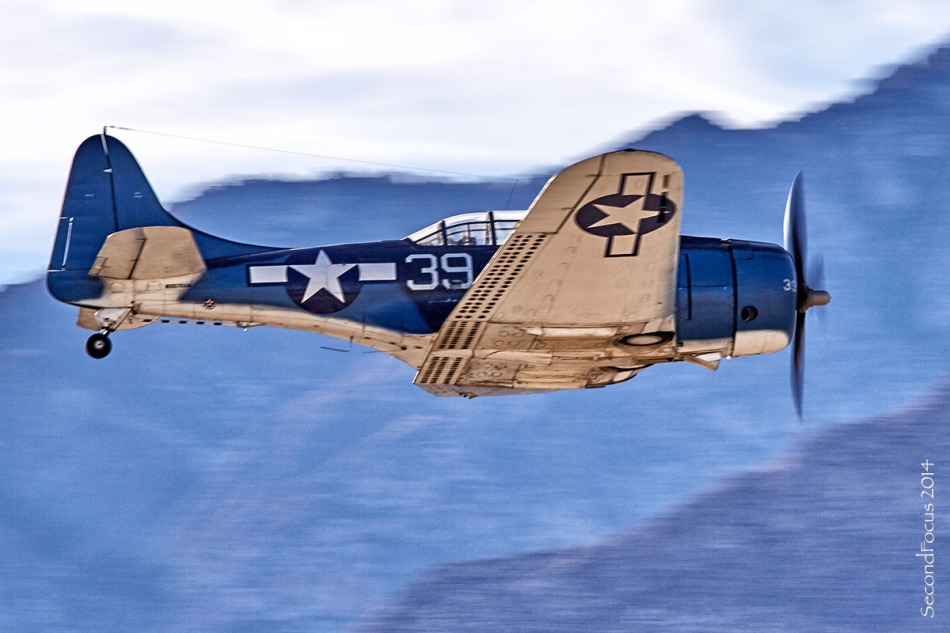 This entry was posted on December 28, 2014 by Ian L. Sitren. It was filed under Uncategorized and was tagged with air museum, dive bomber, Naval Aviation, Navy Aircraft, Palm Springs, World War II, WWII.