“Low Tech But Lethal” the 300 foot long B-39 Foxtrot submarine of the Soviet Navy. Diesel electric powered these are the submarines that tracked US and NATO ships from the Cold War and during the Cuban Missile Crisis. Weighing 2000 tons with a crew of 78, this sub carried 24 torpedoes and could deliver nuclear warheads. Now at the Maritime Museum of San Diego.

That round passage is how you move between compartments. Just big enough to get through, there are four of the along the length of the interior. They can be closed and sealed to make a flooded area watertight.  And no I did not load or fire any torpedoes. 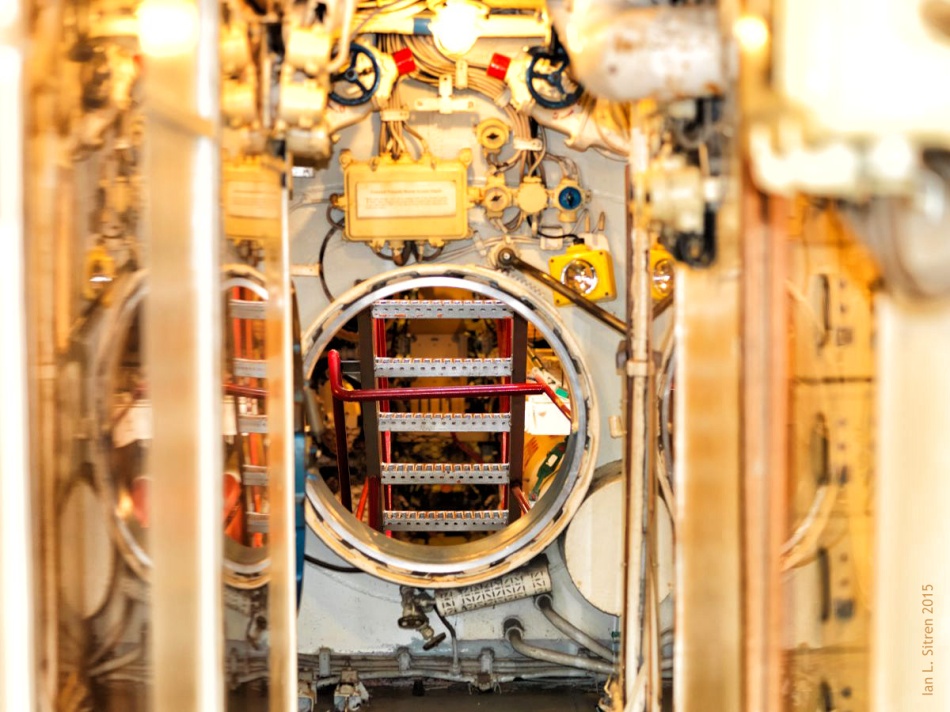