Spitfire In The Air 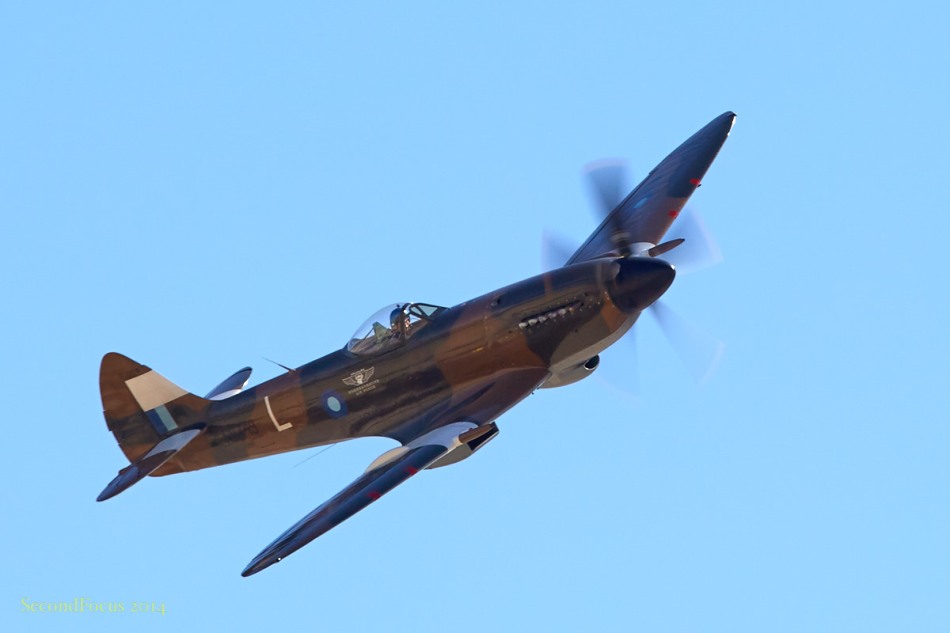 A Supermarine Mk XIV Spitfire doing a fly by at the Palm Springs Air Museum﻿ yesterday. The British fighter made famous in the Battle Of Britain in World War II, this specific plane carries the paint scheme of the Indian Air Force. It’s supercharged engine at over 2000 horsepower drove it though the air at 450 miles per hour.

A Spitfire Mk XI in a flight on April 27, 1944 made the true airspeed of 606 mph in a dive. The propeller broke off, the pilot blacked out as the plane reached 11 g’s and when he regained consciousness he found himself at 40,000 feet with the wings swept back at an angle.

On February 5, 1952 another pilot flying out of Hong Kong took a Spitfire 19 to 51,550 feet. He ended up in an uncontrolled dive recovering below 3000 feet. Flight data showed he had reached 690 mph, Mach .96, which is the fastest flight ever recorded for a propeller driven aircraft.

This entry was posted on April 6, 2014 by Ian L. Sitren. It was filed under Uncategorized and was tagged with aviation, Battle of Britain, photography, RAF, Spitfire, World War II, WWII.