Not a Hugh Hefner Bunny! Memorial Day weekend was spent by me as photographer for the Palm Springs Air Museum. What incredible fun it was watching these warbirds take to the air doing flight demonstrations. Even had a chance to fly myself as well!

As one aircraft after another flew by with a crowd of 3000 people at my back, everyone applauded. But the biggest applause by far was for “Bunny”! Without question, the biggest airplane fan favorite, the P-51 Mustang from World War II.

This P-51 dedicated to the famed Tuskegee Airmen “Red Tails” and specifically to Lt. Col. Bob Friend who flew over 140 combat missions in an identical Mustang.

So while a runway filled with Playboy Bunnies might be fun, they just can’t compare to this “Bunny”! Flown by the very exceptional Tom Nightingale who obviously did some of that really cool pilot stuff! Thanks! 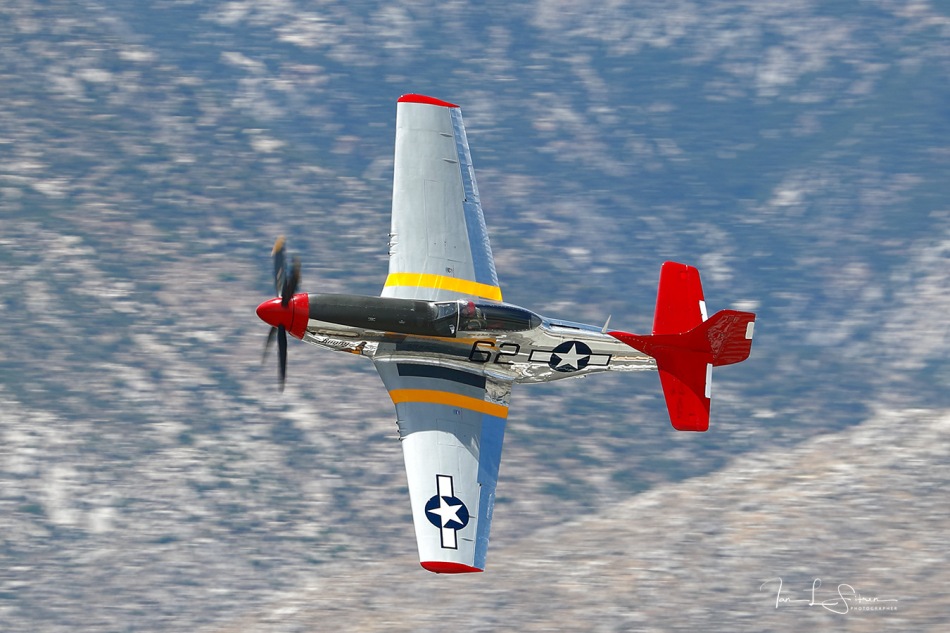