Starting up and rolling out, a P-38 Lightning fighter plane from World War II. One of perhaps fewer than six still flying in the entire world. You can see from my video that the Palm Springs Air Museum visitors get an up close experience like none other. Not as close as I am, but right there to get their hats blown off their heads and get a good whiff of the spray of motor oil. How fun is that!

A Scene From WWII

Makes you think that you are looking at a scene from World War II. One of the very few remaining flying P-38 Lightning fighters taking off for flybys at the Palm Springs Air Museum. Photographed just yesterday against the scenic backdrop of the San Jacinto Mountains. Something to see all the time at the Air Museum and special programs and flight demonstrations on Saturdays. Be there! 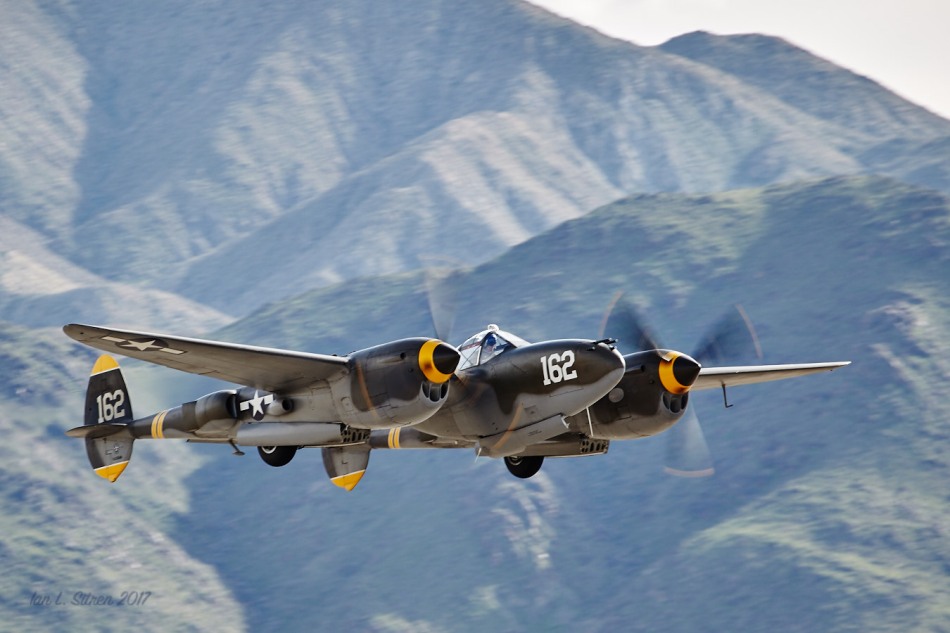 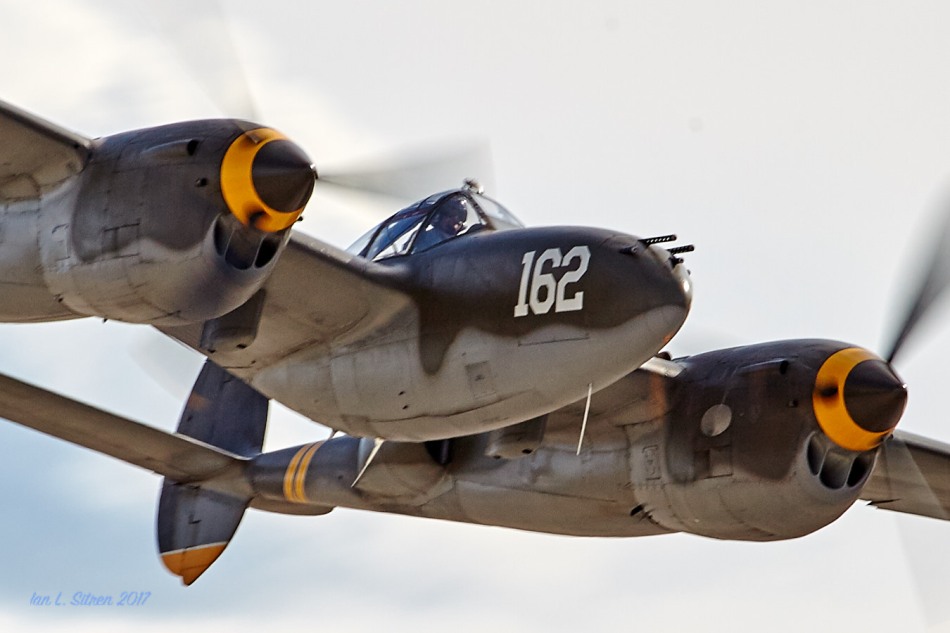 There might be only six or fewer P-38’s left flying in the world and you can see one of them tomorrow, Saturday Feb 11th. At the Palm Springs Air Museum following the 1:00 PM program. Do not miss this rare opportunity. I will be there and bringing my cameras like I did here in 2015. So if you are the pilot, remember to smile as you go by. See you there!

This one is a Lockheed P-38J Lightning of World War II built in 1943. Two 12 cylinder 1,425 hp turbo charged Allison engines will take this plane to 402 mph and it has a service ceiling of 44,000 ft. It was armed with four .50 caliber machine guns and a 20mm cannon. Some versions could carry two 1,000 pound bombs. The P-38 was the only American fighter aircraft that saw service from the beginning of the war at Pearl Harbor to V.J. Day.

If you had been with me at the Palm Springs Air Museum yesterday this is what you would have seen. One of the very few, of maybe six or seven, still flying World War II P-38 aircraft in the entire world. I don’t think I have ever seen one before in person for real. How very exciting! And even more exciting that I got to photograph it as it flew by! Just WOW! 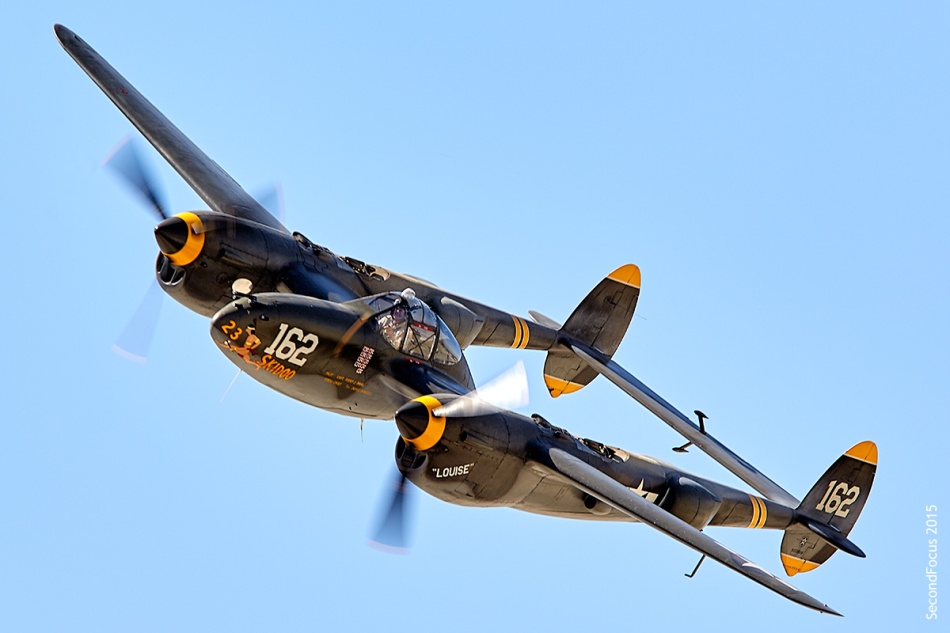