The words spoken by narrator, Leonard Graves at the beginning of each of 26 episodes. One of the greatest tellings of the history and battles of World War II beginning with an unforgettable musical score by Richard Rodgers. The man who wrote over 900 songs and for 43 timeless Broadway musicals.

The beginning of each episode just breathtaking. For today, remembering Pearl Harbor; “And Now The Pacific Boils Over”.

Last Saturday at the Palm Springs Air Museum. One of the Museum’s premier aircraft, piloted by the equally premier Tom Nightingale, headed out for takeoff. Waiting while the Stearman biplane comes back in to pick up another happy passenger.

“Bunny” is a P-51 Mustang restored and dedicated to the famed Tuskegee Airmen of World War II. And specifically to Lt. Col. Bob Friend. To this day you can find the Colonel often at the Air Museum and many times in the back seat of this very special aircraft.

The Dive Bomber Of Pearl Harbor

Yesterday at the Pearl Harbor Commemoration at the Palm Springs Air Museum. Flown by Pilot Tom Nightingale. This Japanese VAL Dive Bomber remains on display for December at the Museum, so I urge you to get over there and take a look. It is truly something to see.

The Aichi D3A Dive Bomber, nicknamed “Val”, was the aircraft carrier borne airplane that flew in almost all actions, including Pearl Harbor to the end of World War II. It was responsible for sinking more Allied warships than any other aircraft. This replica flying out of the Palm Springs Air Museum was flown in both the movies “Tora! Tora! Tora!” and “Pearl Harbor”. 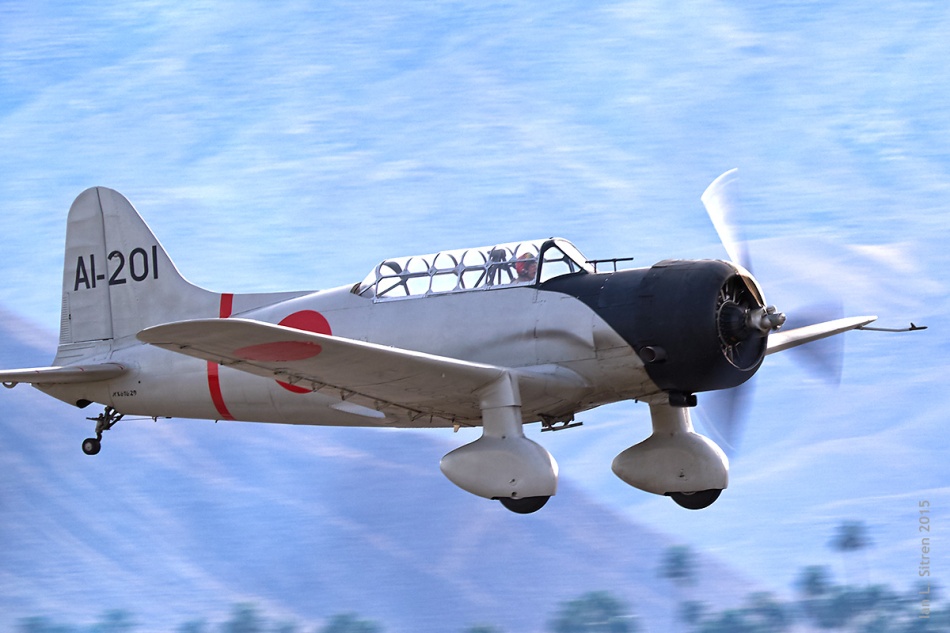 A Date Which Will Live In Infamy 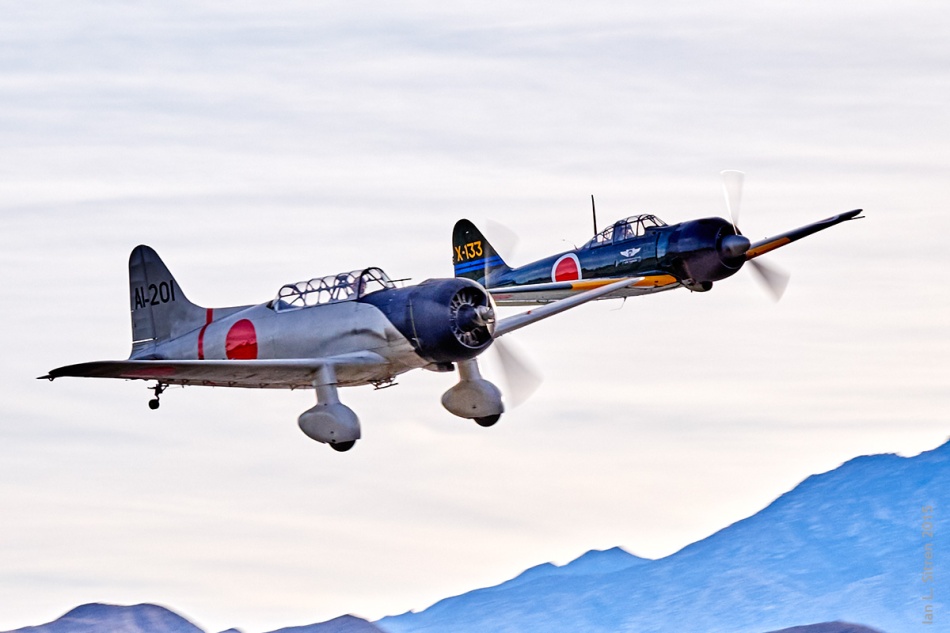 President Franklin D. Roosevelt: Yesterday, December 7, 1941—a date which will live in infamy—the United States of America was suddenly and deliberately attacked by naval and air forces of the Empire of Japan.

The United States was at peace with that nation, and, at the solicitation of Japan, was still in conversation with its government and its emperor looking toward the maintenance of peace in the Pacific. Indeed, one hour after Japanese air squadrons had commenced bombing in the American island of Oahu, the Japanese ambassador to the United States and his colleague delivered to our secretary of state a formal reply to a recent American message. While this reply stated that it seemed useless to continue the existing diplomatic negotiations, it contained no threat or hint of war or armed attack.

It will be recorded that the distance of Hawaii from Japan makes it obvious that the attack was deliberately planned many days or even weeks ago. During the intervening time the Japanese government has deliberately sought to deceive the United States by false statements and expressions of hope for continued peace.

The attack yesterday on the Hawaiian Islands has caused severe damage to American naval and military forces. I regret to tell you that very many American lives have been lost. In addition, American ships have been reported torpedoed on the high seas between San Francisco and Honolulu.

Yesterday the Japanese government also launched as attack against Malaya.

And this morning the Japanese attacked Midway Island.

Japan has, therefore, undertaken a surprise offensive extending throughout the Pacific area. The facts of yesterday and today speak for themselves. The people of the United States have already formed their opinions and well understand the implications to the very life and safety of our nation.

As commander in chief of the Army and Navy I have directed that all measures be taken for our defense. But always will our whole nation remember the character of the onslaught against us. . .