Give Way To Aircraft

A photo excursion on May 29th. Scenes and places we would often overlook, like a cleaners that many decades ago was the police station. This is the second half of this excursion exploring through old downtown areas. I have been doing photo excursions for a few years now. Others who have joined with me have been successful in their art of photography, painting and printing their works. This series shot on my Fujifilm X-T3 and XF16-55mm F2.8 lens. 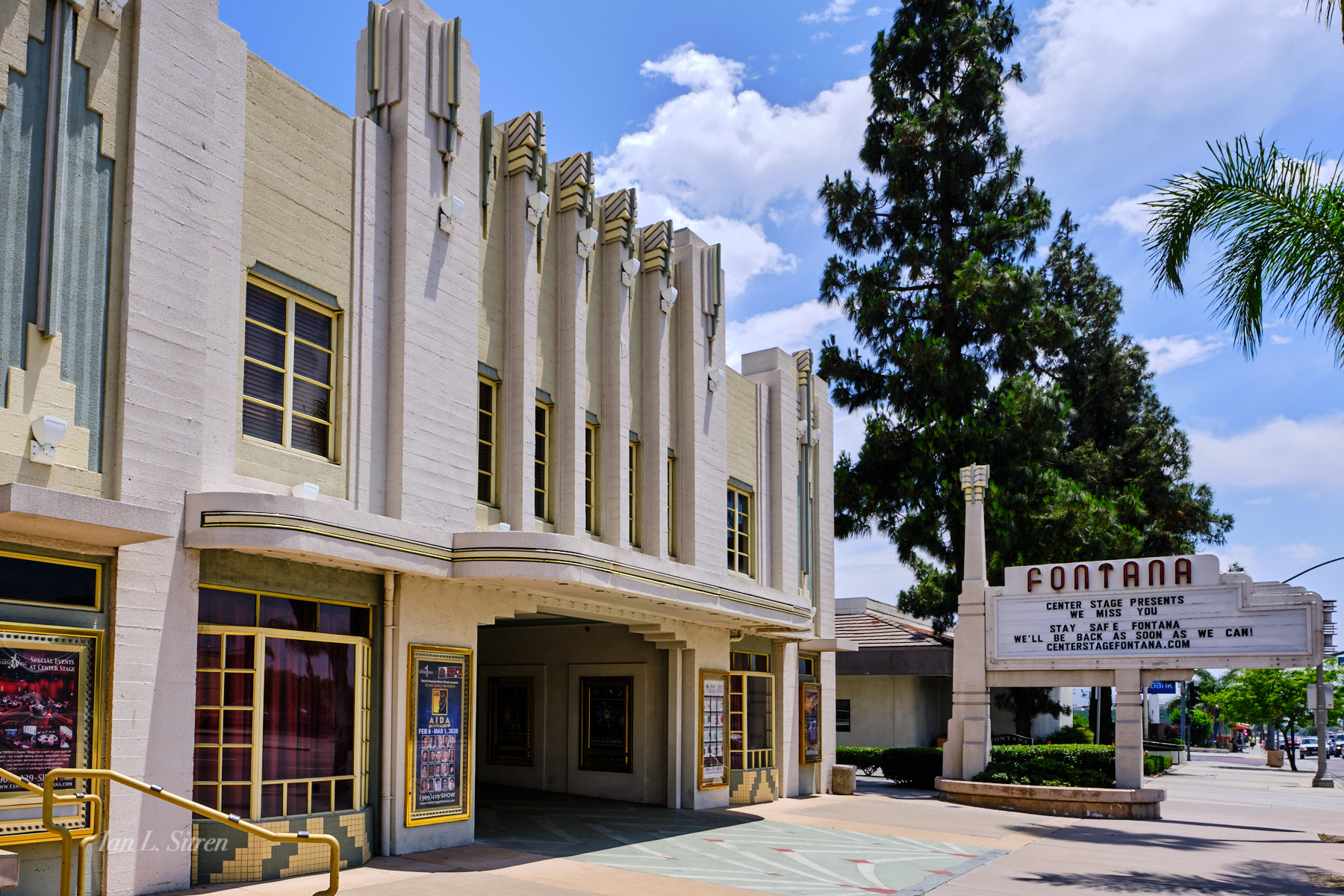 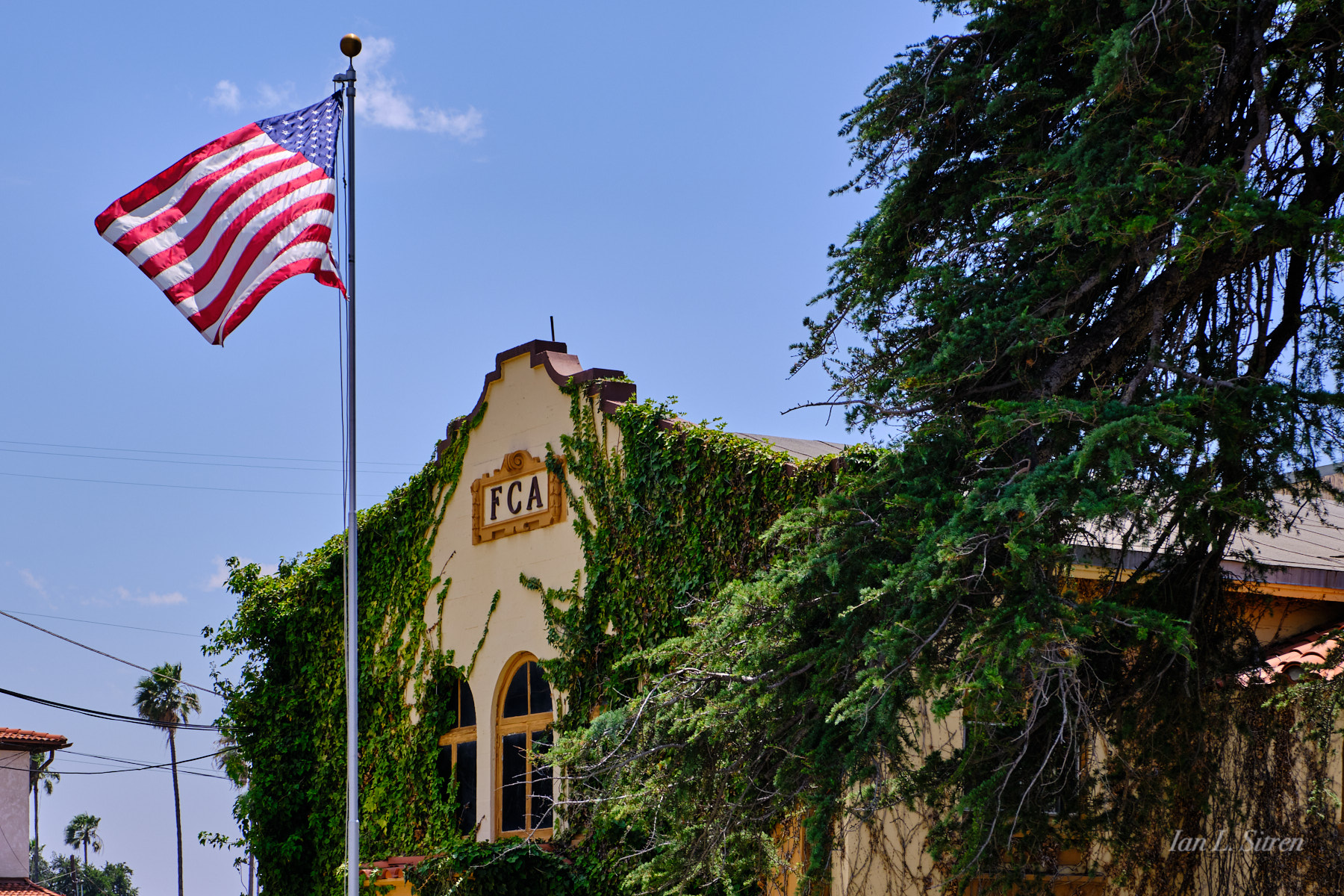 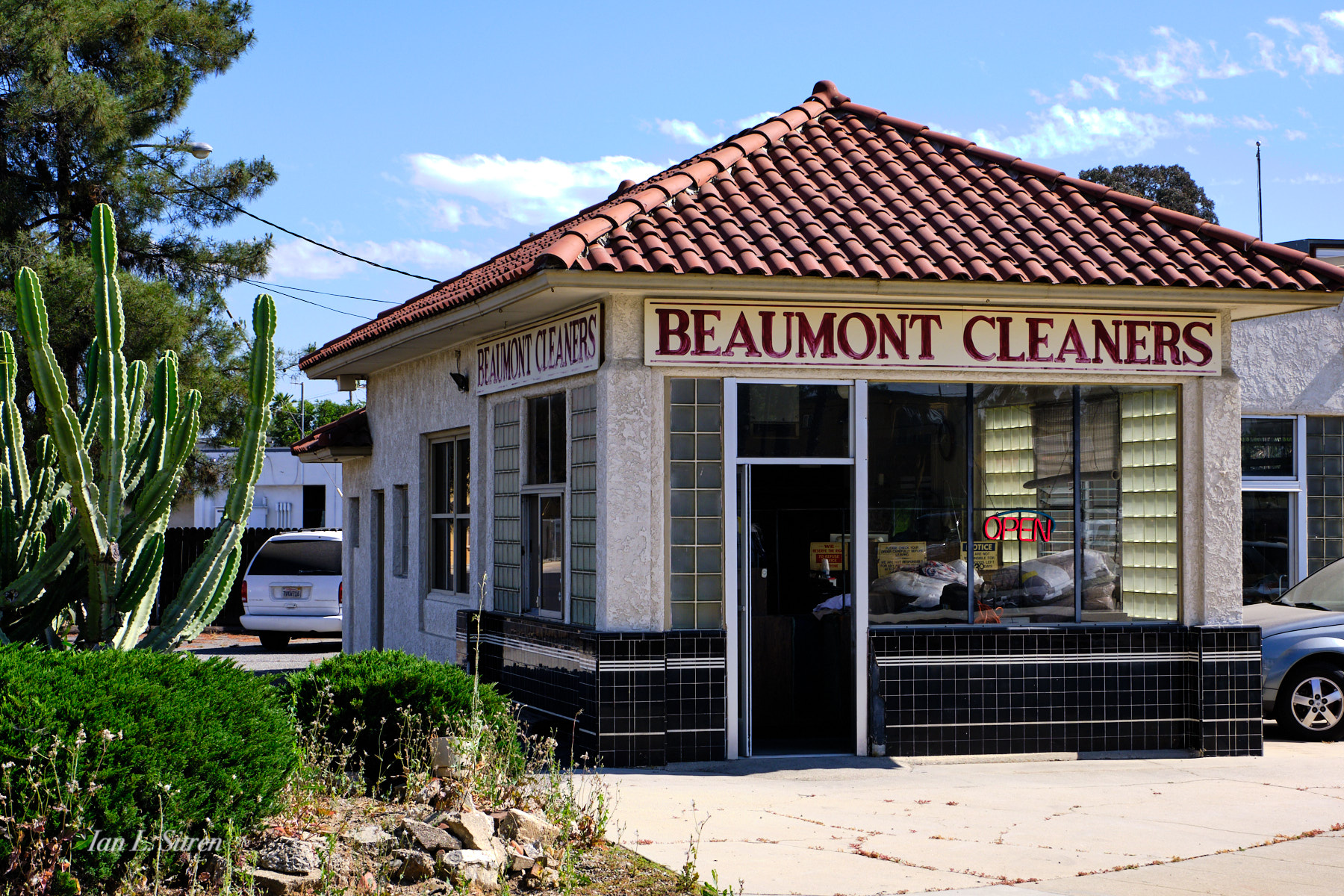 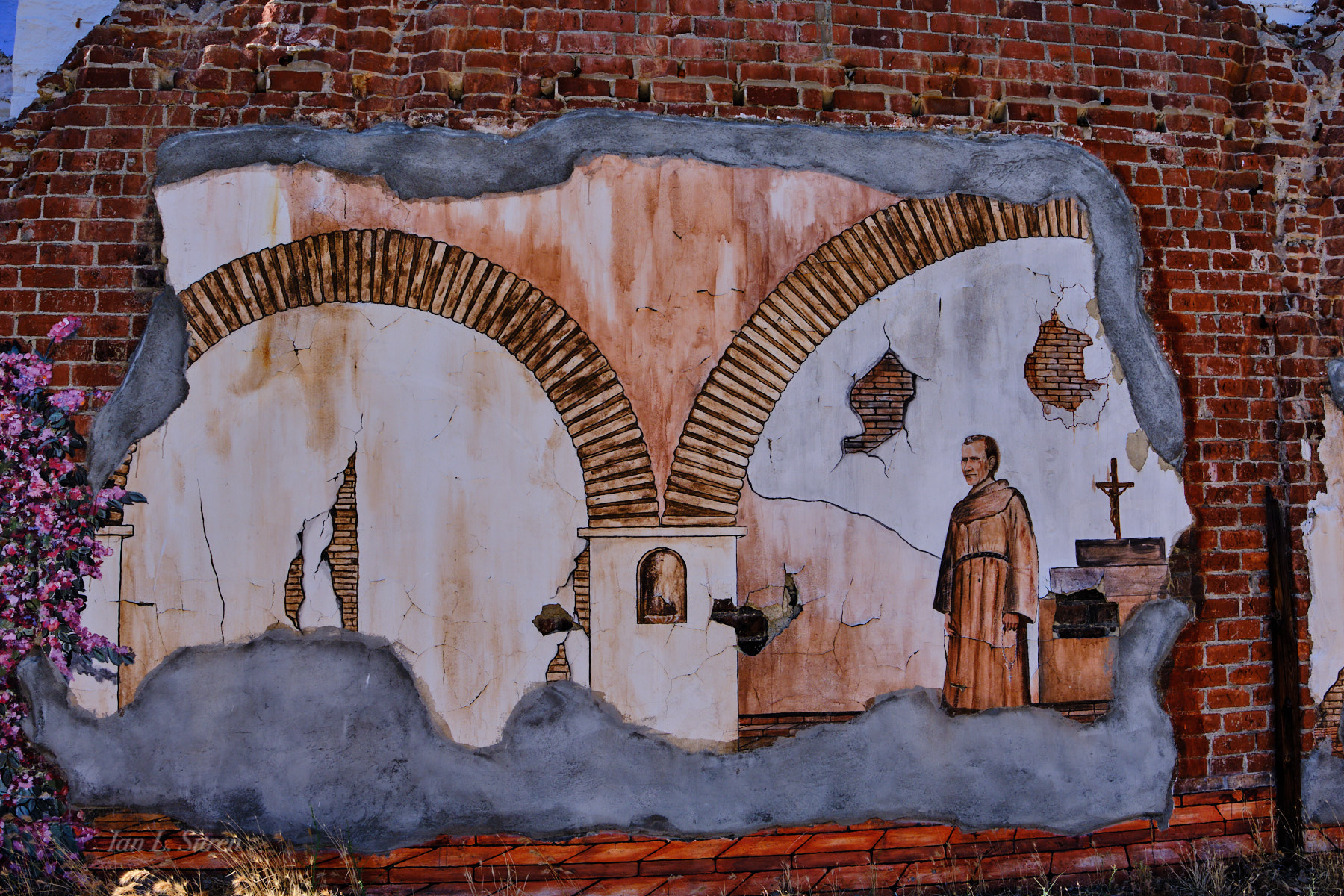 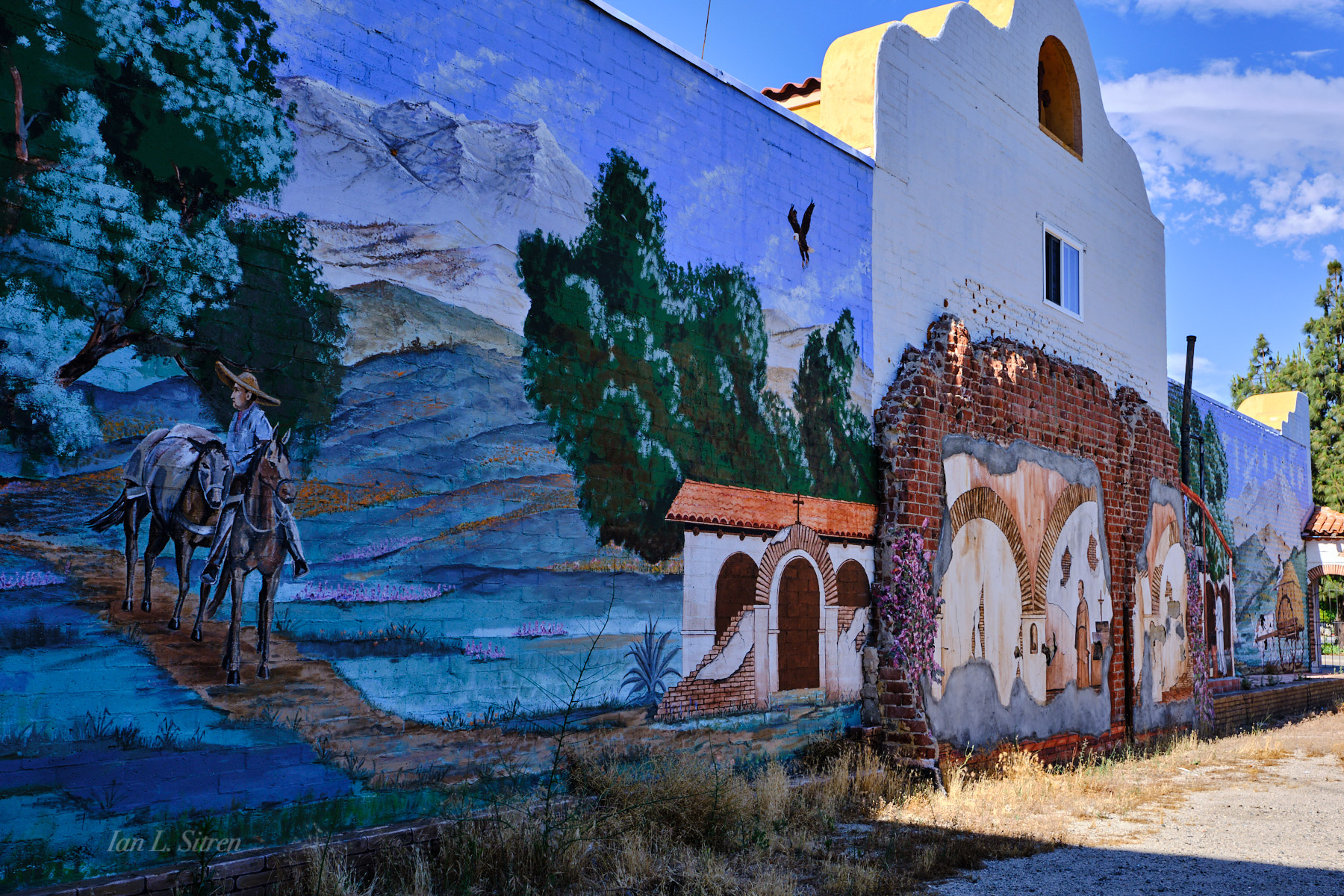 A photo excursion on May 29th. Scenes and places we would often overlook. I have been doing photo excursions for a few years now. Others who have joined with me have been successful in their art of photography, painting and printing their works. This series shot on my Fujifilm X-T3 and XF16-55mm F2.8 lens. 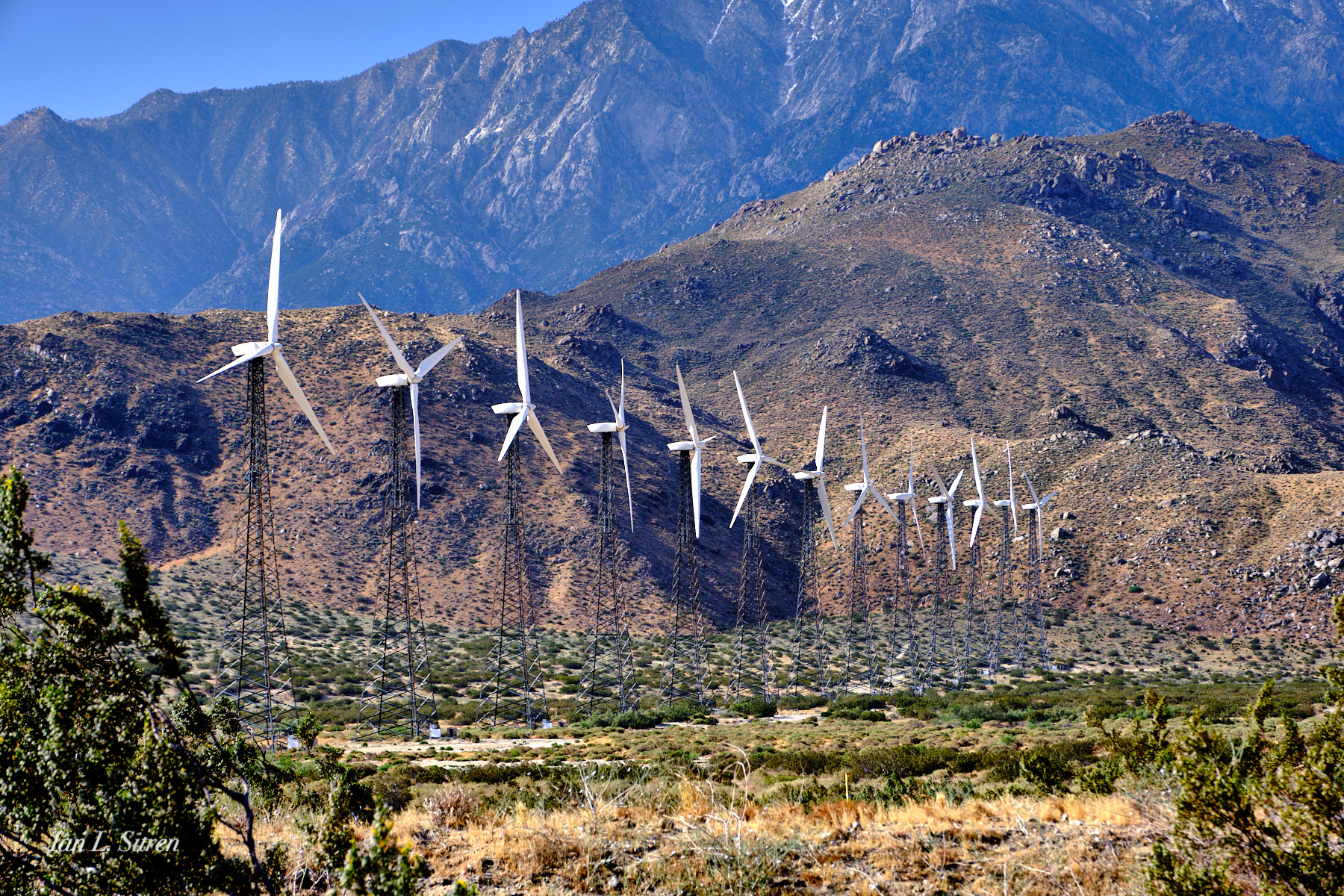 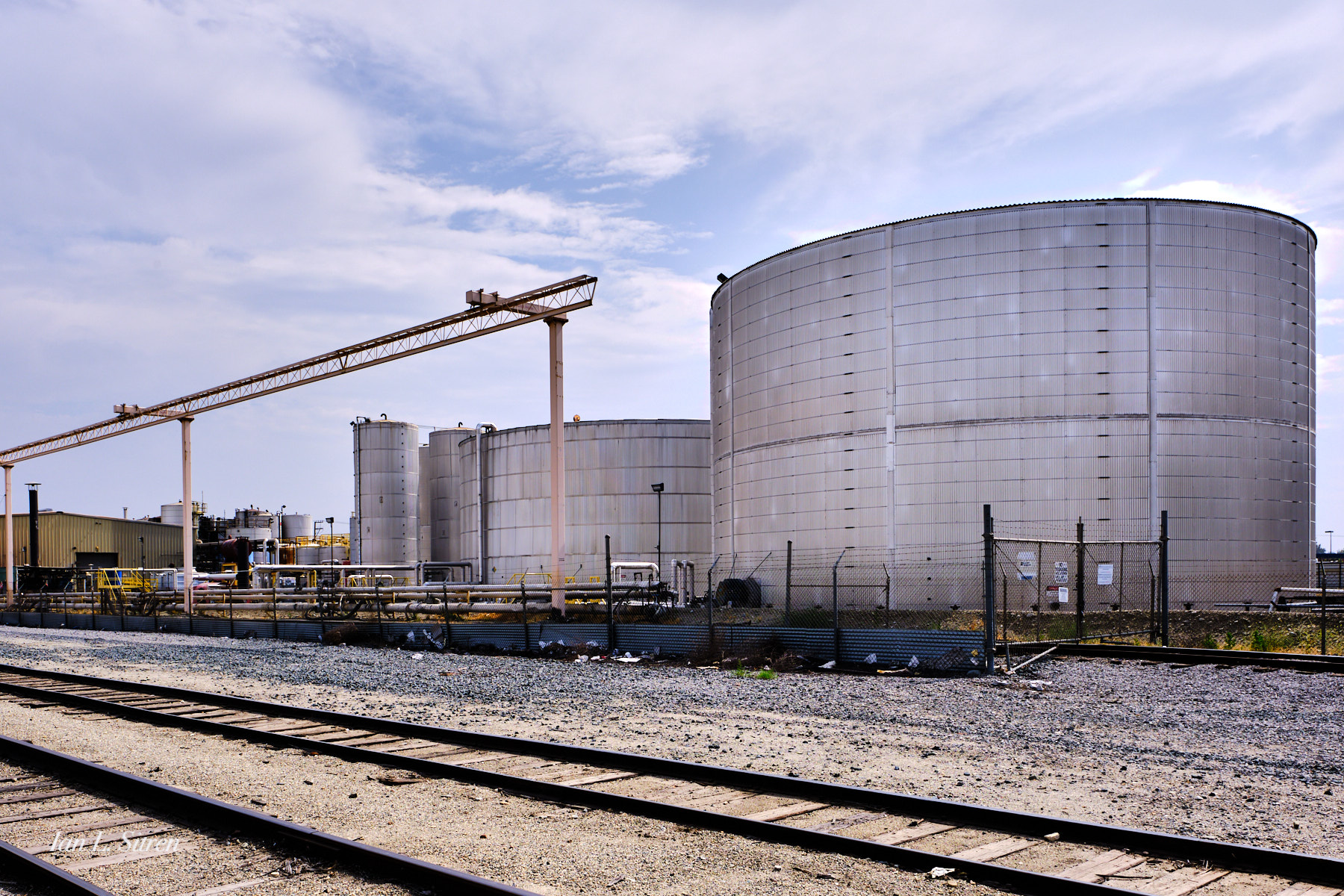 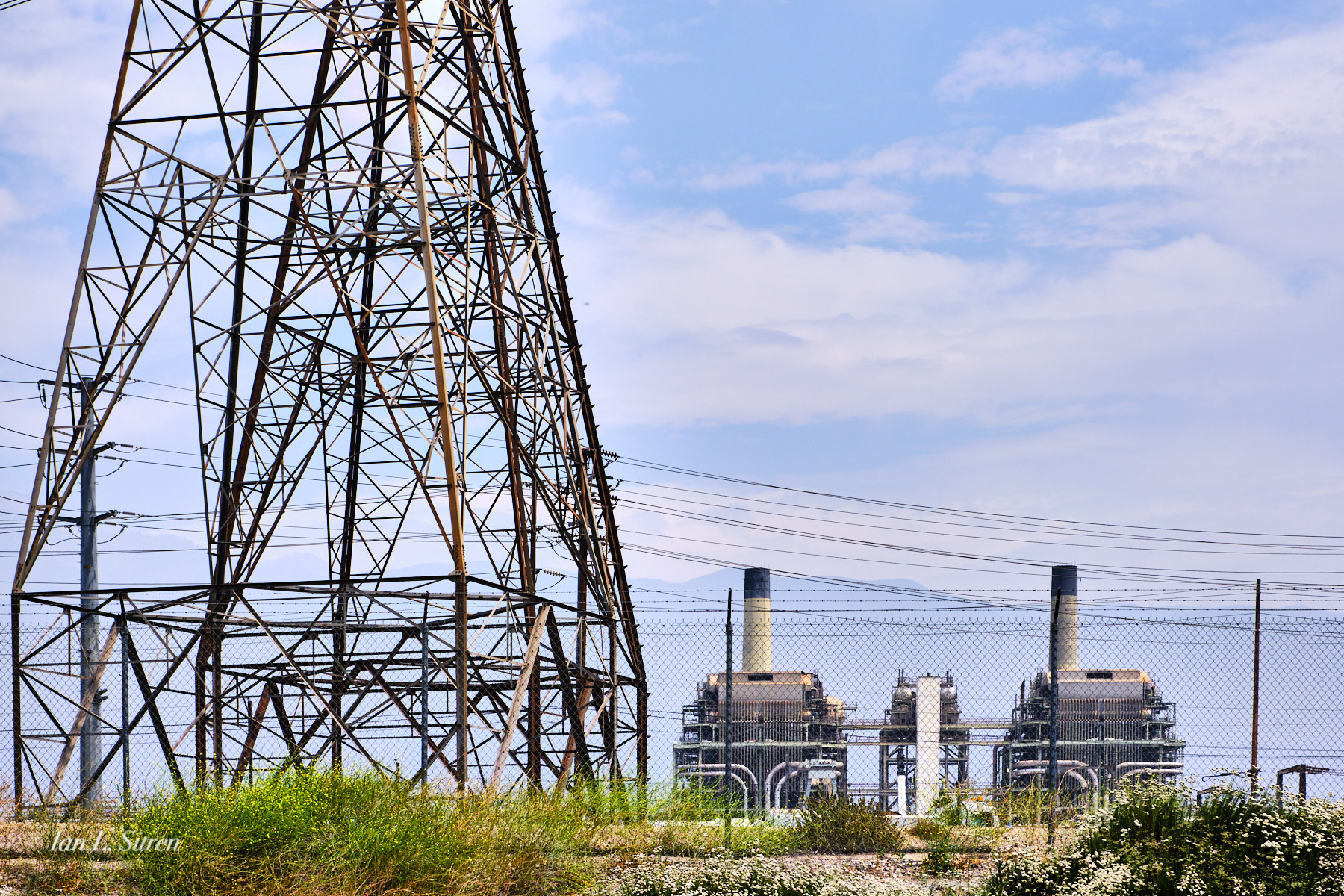 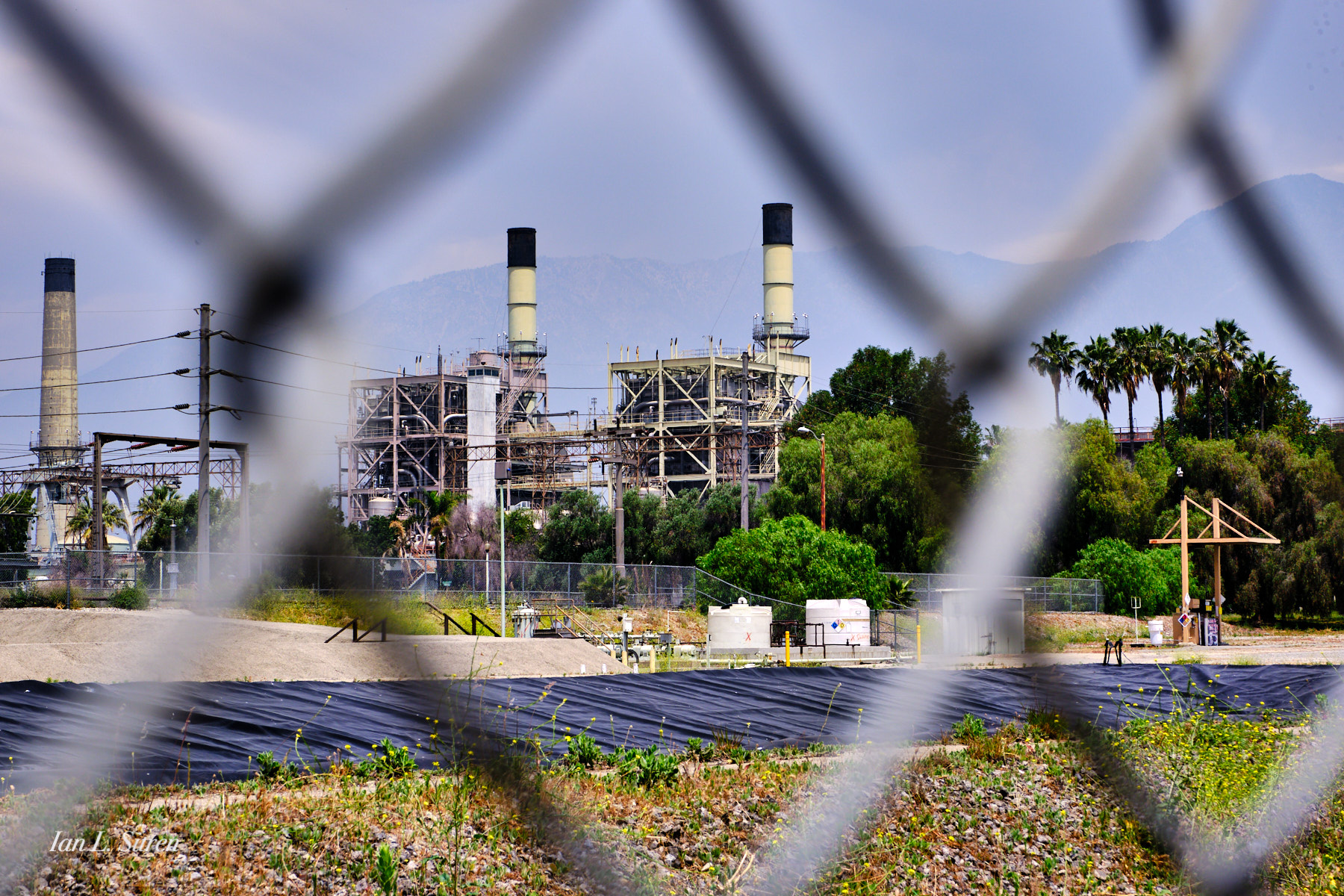 Is this the exit or the entrance? And if it is one, coming the other way is it still the other? Doorway art installation on Bombay Beach at the Salton Sea. I understand that it was originally complete with an actual door. Fujifilm X-T3 camera.

Once Upon A Time At The Salton Sea

The Salton Sea was once one of the biggest attractions in the country. A billboard at the road in to Bombay Beach.

Many have seen this. However it is new since my last trip to Bombay Beach. I had to see it. Bombay Beach at the Salton Sea is truly becoming dedicated to the arts. Fujifilm X-T3 camera. I would like to fly over and photograph it from the air next. 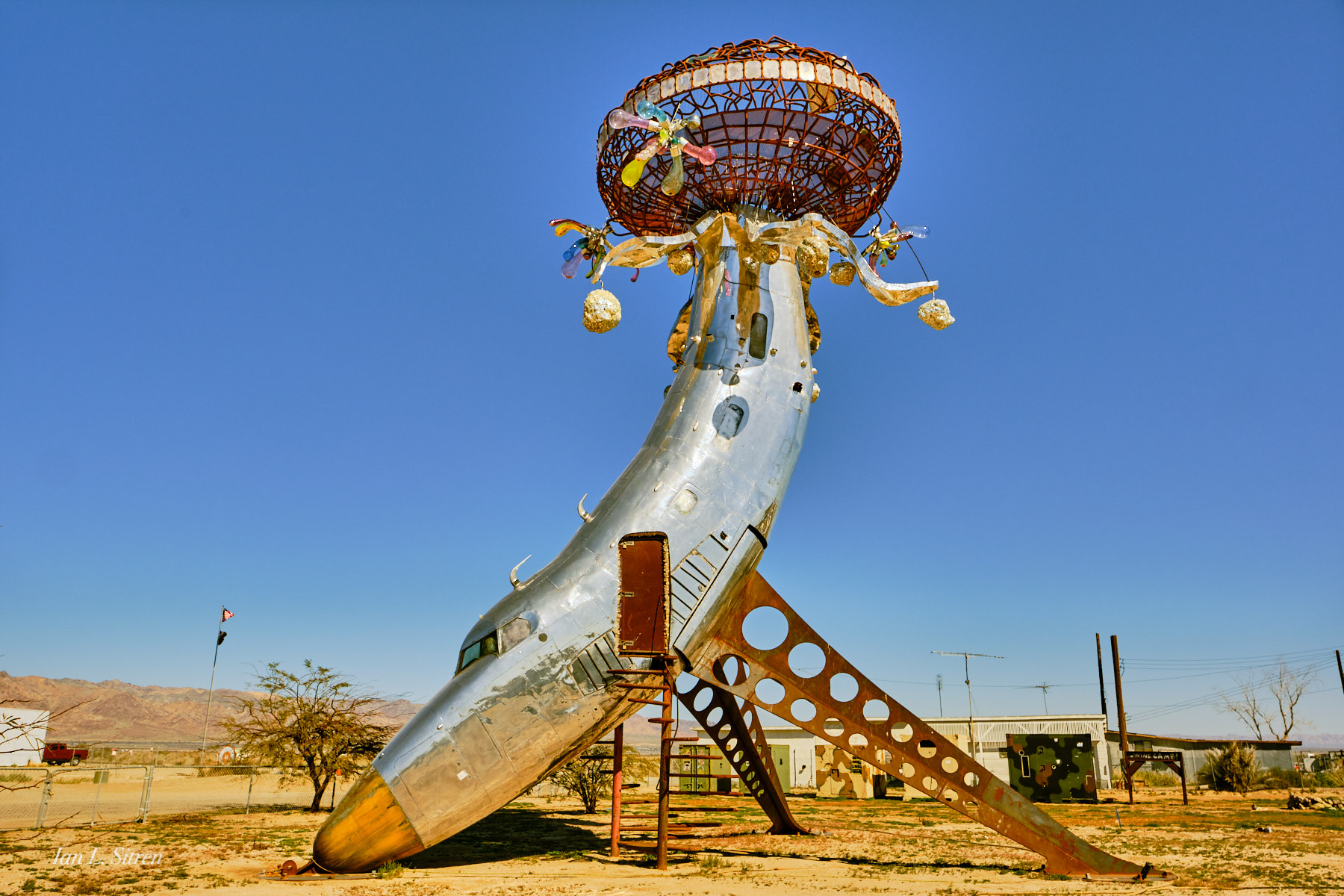 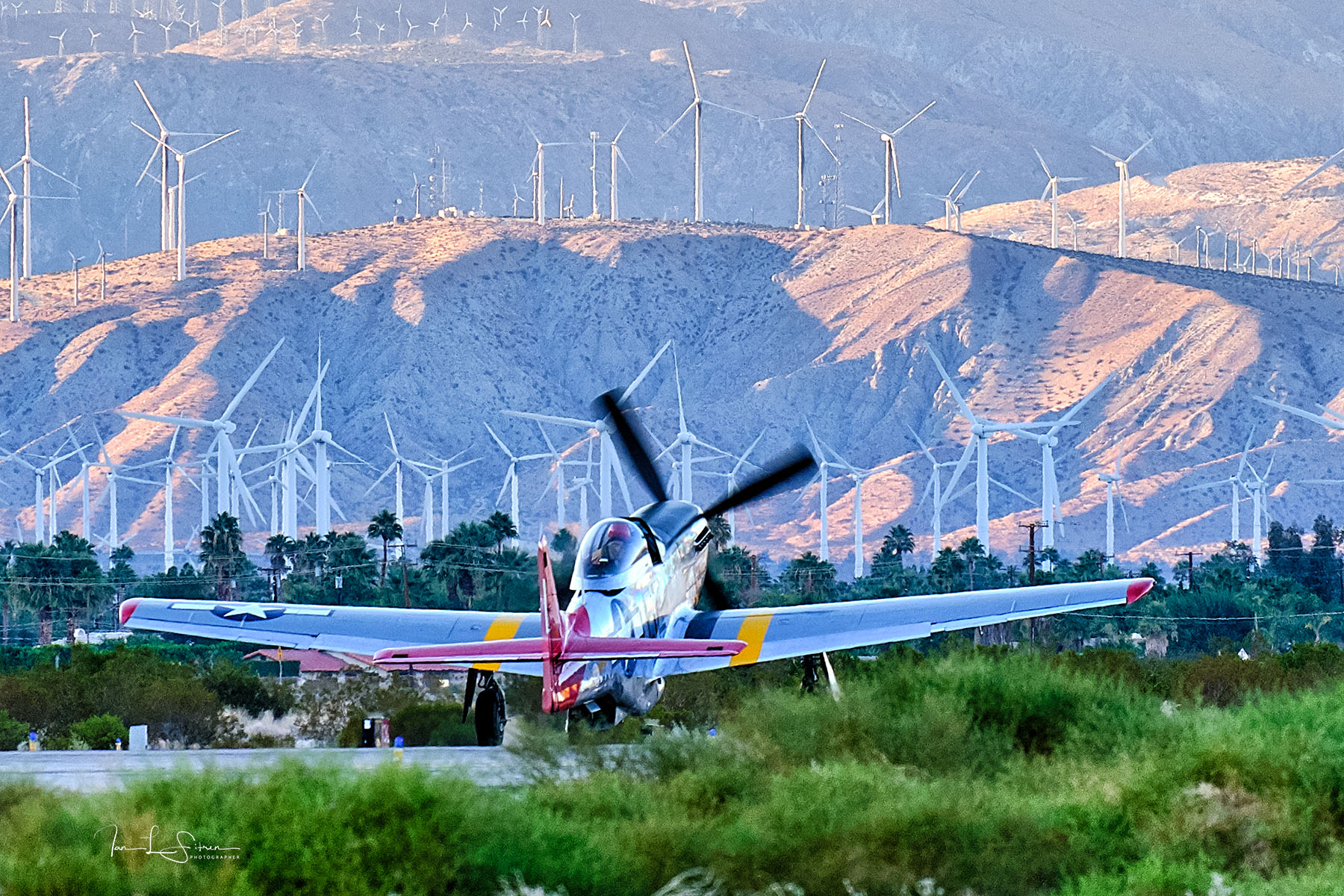 I just returned from the weekend at the “Wings Over Camarillo” airshow. Making for huge crowd excitement was my friend, pilot Jason Somes in his newly acquired MiG-17. Going past the crowd, down on the deck, at speeds I will only confirm were below the sound barrier.

A great test for any camera, photographers were kind of just giving up in frustration trying to get the MiG in the frame at that speed so close and getting a sharp photograph. Well my Fujifilm X-T3 with the Fujifilm 100-400mm F4.5-5.6R LM OIS WR lens did the job.

Since the introduction of the X-T1, I have been a Fujifilm fan. The smaller physical size and light weight was just what I wanted. And the completely silent mode made it ideal for shooting on motion pictures etc. But I have other needs too and that includes aviation photography.

Many camera systems brag about how their fast operating systems are great by showing you photos taken of kids on skateboards or even race cars going by at 150+ mph. Well for aviation those capabilities don’t cut it. An airplane going by at 250+ mph and changing direction is entirely different. Then push it out to 400mph and well, forget these other systems.

I had skipped over the X-T2, it did not look like it was going to give me what I needed and I still had my Canon camera systems for shooting fast. But the Canons did not give me the ability to shoot video through the viewfinder. That is an absolute necessity. Then came the Fujifilm X-H1 which is a big improvement. And for shooting stills and video with the built in 5 axis stabilization for air to air shooting, the X-H1 is superb. The improved focus speed, bigger buffer and faster viewfinder made the X-H1 work for me.

Now came the announcement of the X-T3 and this looked like it was really going to meet my needs. Much faster autofocus, 30fps, bigger buffer, faster tracking and blackout free continuous shooting. I have been lucky to have known the reps at Fujifilm for a number of years and as soon as an X-T3 was available they offered to send one out to me. They also wanted my opinion of the camera for my aviation needs.

The time came and also there was a new development, the Fujinon XF200mmF2 lens. It also comes equipped with the 1.4 extender. The reps at Fujifilm pointed out that not only was this an optically magnificent lens but it was a fast focusing speed demon. So shortly thereafter I had in my hands both the X-T3 with booster and this XF200F2 lens.

The lens itself looks huge but half that length is lens hood. Certainly a huge hunk of glass up-front but actually not heavy and balances out well with the XT-3 with the booster. Quite readily handheld even when using the 1.4 extender bringing it to 420mm with the sensor 1.5 multiplier. Now off to use it!

At the Palm Springs Air Museum we had just finished restoring a T-33 Shooting Star jet trainer. At the Air Museum, I am photographer, social media manager, content producer for projects and also work in flight operations. Anyway I was really excited to use this Fujifilm system with the first flight of the restored T-33.

Then some video and photos of the launch of a Bell 407 helicopter from our ramp for special visitors.

So let me cut right to the results… The X-T3 does the job! It keeps up with fast moving aircraft and let’s me shoot 4K video through the viewfinder. Image quality is superb. I would expect nothing less. As for that lens… WOW! There is a quality of the images both video and photos from that lens that I find hard to describe, look closely a few times. Perhaps what I have expected from medium format digital or perhaps cinematic. And fast focusing for sure. From what I can see, yes faster than my other Fujifilm lenses. I fully expected that I was going to say that this lens was just redundant for me, but the image quality and use makes me say otherwise.

I am not going to go into all of the tech features about the body and lens. I am not that much of a tech geek. You can read all about it on the Fujifilm dedicated X-Series website. For me I am more interested in actually using the gear and the results. Most of the time when I get loaner gear, rental gear or even my own new gear, I am putting it into service the next day and seldom if ever get to do more than charge the batteries and go through the menus. I just usually do not have the time.

I will tell you why I have gone Fujifilm. First off is the form factor, smaller and lighter and tough build. Most of you when you fly somewhere are looking for the right roller bags or Pelican type cases. I am often trying to jam what I can in the smallest bag possible to go into the ammo compartment in the wing of a P-51 Mustang. The Fujifilm bodies and lenses are just smaller compared to the competition.

Something else I like is the film situation modes. I was still shooting film for much of my studio work and other projects when others were on the many generations of models numbers down the digital road. I was getting the urge to shoot film again when I remembered these film simulations. Tried it and love it!

Another very big and perhaps the most important to me is customer support and service. Fujifilm is among the best. Other companies who have in the last five years or so just come into the “professional” market still have not gotten away from treating photographers like they are bringing their television in for service. I have known sponsored photographers who have waited months to get their gear back from service. Well we depend on our gear and must depend on the company. And I have been able to put my trust in Fujifilm for that support.

So I guess this is not your typical geek gear report. That is not what I do. I am a photographer and I need gear that works for me. Fujifilm does. Any questions, just send me a note to Ian@SecondFocus.com. And Thanks!

I do not get excited about gear very much but this is really cool. Trying out the new Fujifilm X-T3 body w/booster and the amazing Fujinon XF 200mm F2 lens. Fujifilm calls it “Monster Glass”. However it is much lighter than I expected and easy to handle. It also comes with the 1.4 extender.

This photo was shot with just the lens at 200mm (equivalent to approx 300mm). A Bell 407 helicopter leaving the Palm Springs Air Museum yesterday. 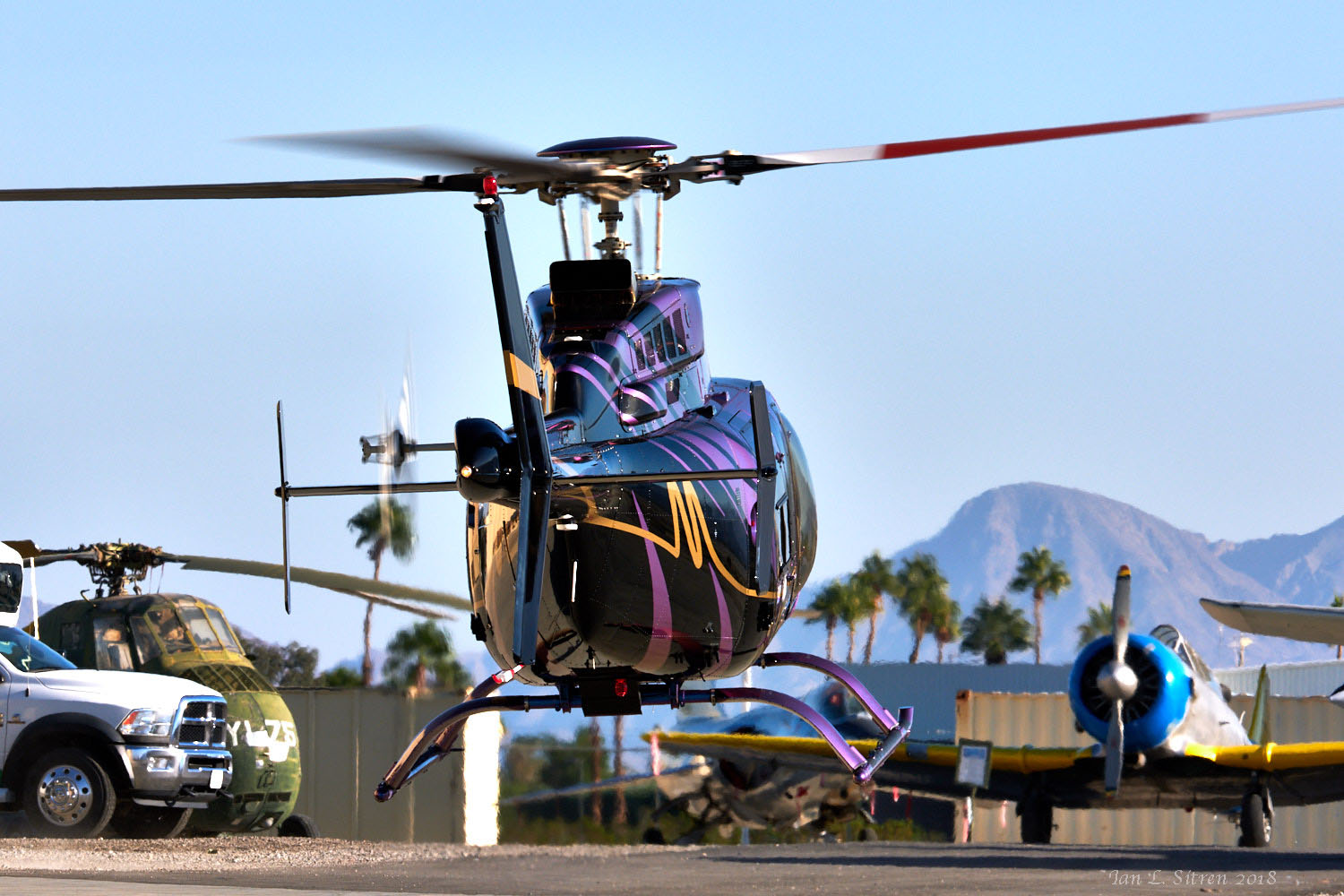 Here is the setup I am using when I am shooting video or not handholding the camera. Balance and salt much improved with the camera strap on the lens. Smart idea! I use a really sturdy strap designed for aviation and other intense applications from Vulture Equipment Works. If you would like to order from Vulture, send me an e-mail and I have a discount code for you. Ian@SecondFocus.com