Do watch this to the end. It will make you “Happy”. The videos like this one were produced around my photoshoots for the magazine feature, online features and print advertising. Thanks!

It Says Champion Because…

It says Champion over his head because now he is one! Yesterday at the huge Los Angeles FitExpo, Travis Ely won the overall bodybuilding championship title! He worked hard, looked great, and did the homework! Good thing I brought a camera with me. Big shout out to Jake Sawyer who gave Ely that last week tune up! Outstanding! 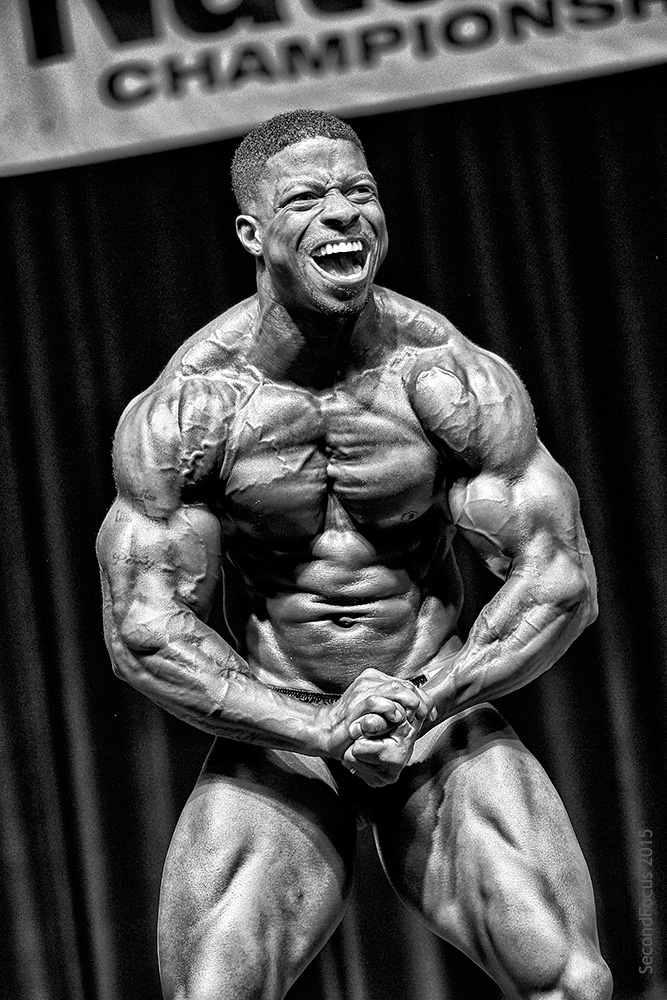 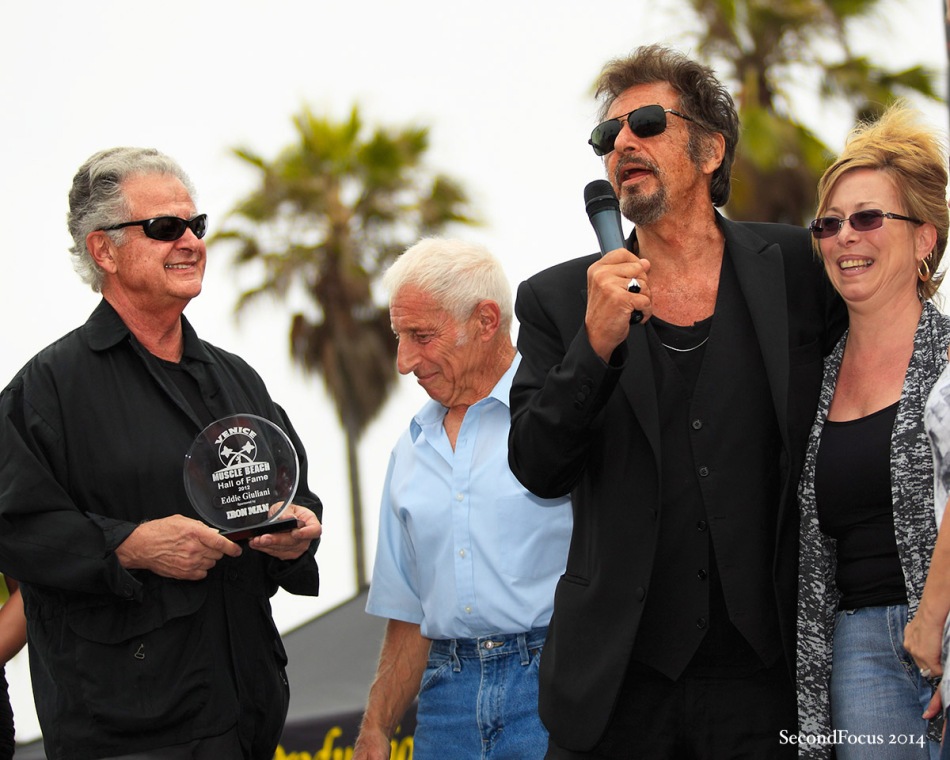 John Balik, publisher of Iron Man Magazine along with Al Pacino inducting Eddie Giuliani into the Muscle Beach Hall of Fame. Much to say about everyone here, of course, but this post is about my friend John Balik. John is this year going to be given the Lifetime Achievement Award at the “Arnold” this year in Columbus Ohio.

It is funny, John was just telling me about when his Iron Man Magazine was one of only three sponsor booths at the very first Arnold Classic. Now the Arnold Sports Festival seems like it takes over the entire city of Columbus Ohio and brings in hundreds of thousands of people.

John’s life has always been bodybuilding, starting out lifting and competing himself when he was 14 years old. Very early he began producing his own shows and even produced the AAU Mr. America in 1970 with Bill Pearl. An accomplished photographer, John was shooting almost half of all of the photographs you saw back then for Muscle & Fitness and Flex magazines. John went on to acquire Iron Man Magazine in 1986 and has been a continuing major influence in the industry and sport of bodybuilding and fitness.

So a huge congratulations to a wonderful individual who is one of those great people we have from the golden age of bodybuilding. Thank You John Balik! 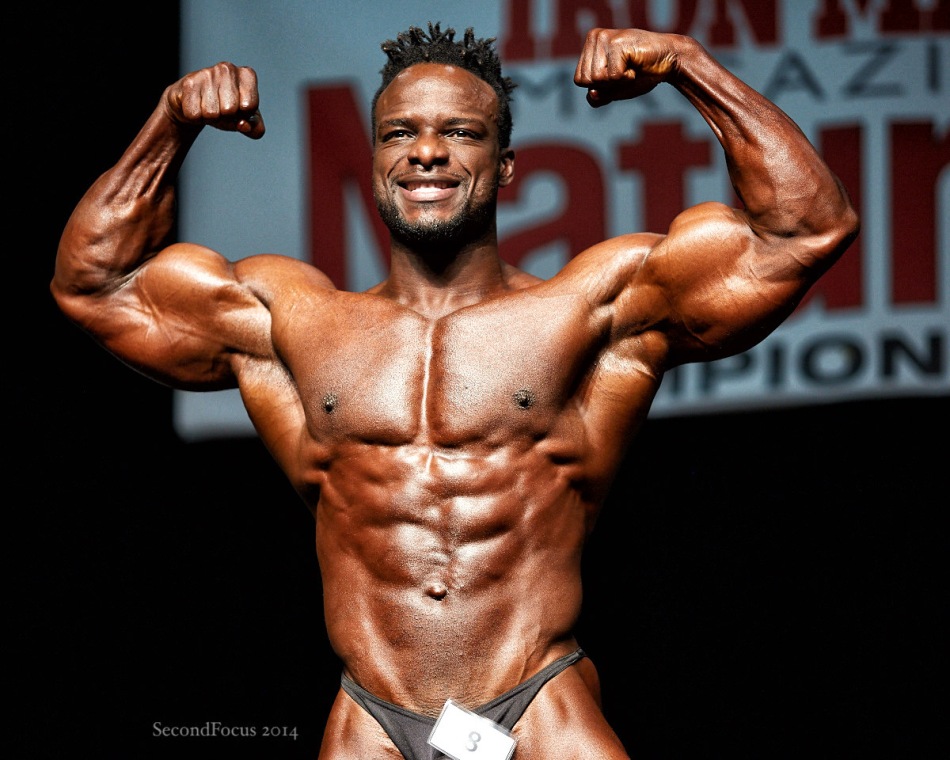 Pointing my camera in the right direction at the Iron Man Magazine Naturally Championships found Abraham Tchabe winning the overall bodybuilding title last weekend. Practice and experience really showed because this guy was amazingly at ease on stage and posing. Great job! 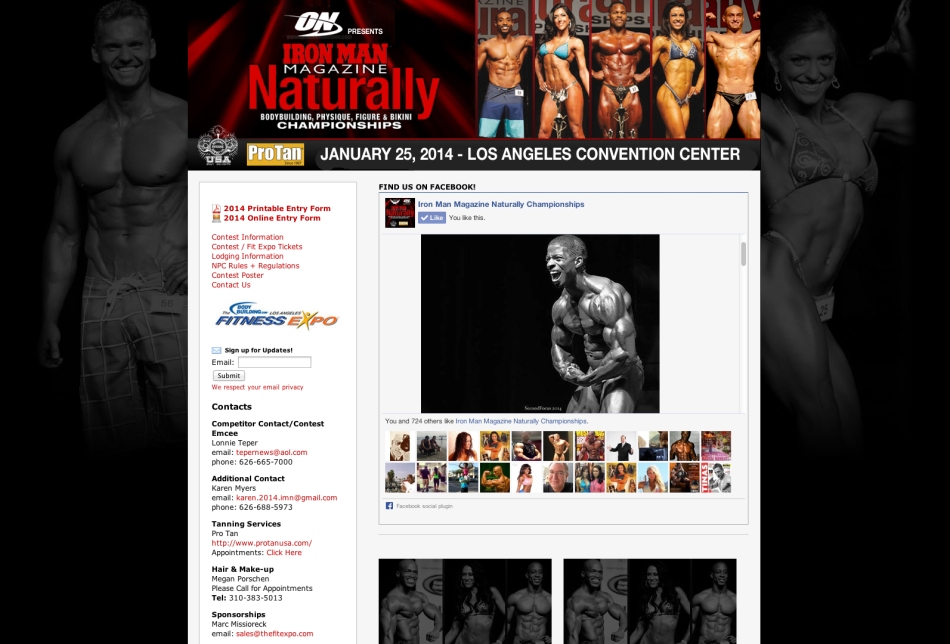 I am sure happy I shot this photograph of Travis Ely. It looks really great on the website for the Iron Man Magazine Naturally Championships. Very Fun!

Another Look At Travis Ely… 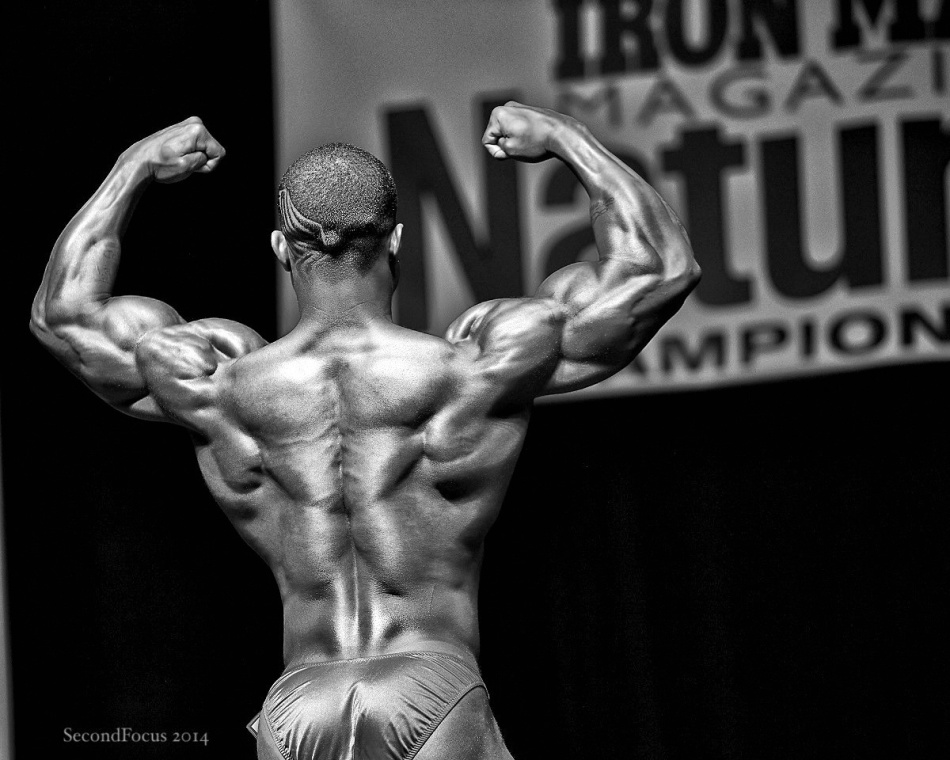 Another look at Travis Ely at his win at the Iron Man Magazine Naturally Championships this weekend at the Los Angeles FitExpo. The three things he had going right for him in getting ready for this show… 1. His willingness to listen and learn. 2. Coaching and training by Jake Sawyer. 3. A great haircut lol! 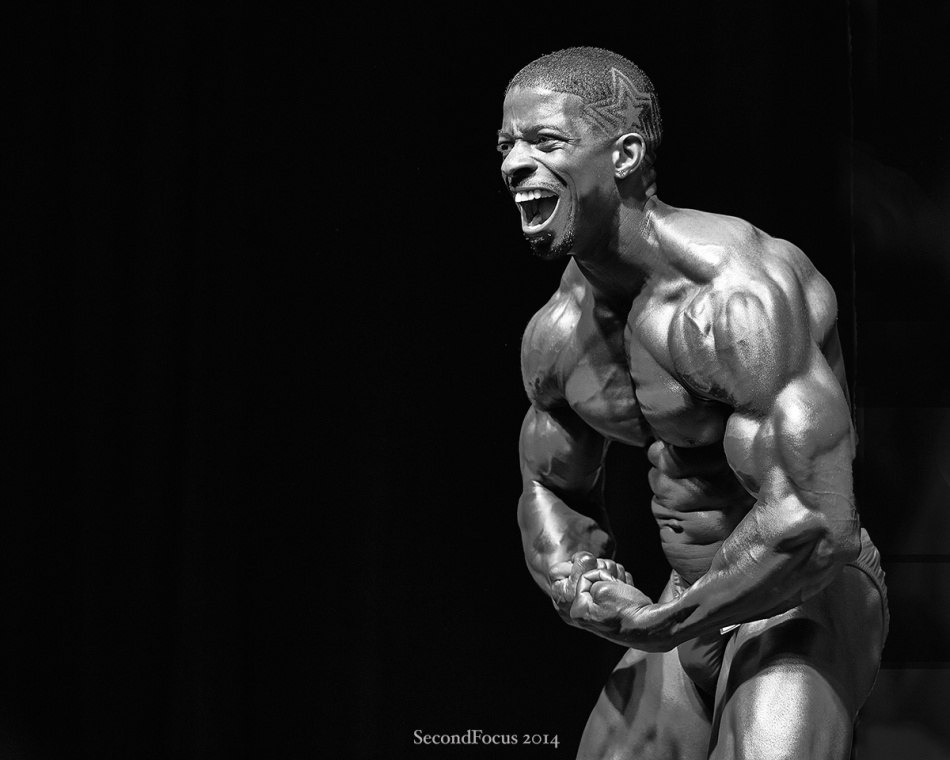 What is this guy yelling about! Well he won his class at the Iron Man Magazine Naturally Championships yesterday at the Los Angeles FitExpo! That’s why!

Travis Ely looking great alongside a total of 164 competitors at the Los Angeles Convention Center amidst 460 booths and displays, other sports events and record breaking crowds.

And a win for Travis is also a win for Jake Sawyer who coached him through his training, nutrition and posing even right up when he was on stage. Outstanding!

By the way, do I take great show photos or what lol !