From my photo shoot with bodybuilder Sergi Constance, here in the desert near Palm Springs California.

A photo shoot that would work in today’s social distancing. Just myself and Sergi in the desert with no one around at all. Also simply done with a Canon 1V camera body, Canon 50mm f/1.4 lens and Kodak Tri-X film. Thanks!

Jeff Dunas, the founder of the Palm Springs Photo Festival, kept announcing that we would have a surprise evening presenter back in 2009. A surprise it was, Andy Summers of the Police! Not only a rock star but a very talented photographer with a great eye for the moment.

It really was a great presentation that was a highlight of the all of the Palm Springs Photo Festivals I have attended since 2005. A part of his experience was something I often experience. Andy said he always had shot film but then decided to try digital. But he found that digital kind of left him empty and his photography went into a decline. He started with film again and Leica as I recall, and went back to his creativity and enthusiasm.

I got a copy of his book afterwards at the Festival party and talked with him briefly. I had him sign it to Rosie because she would have loved to have been there.

Going a different direction for some of my photography. Will be shooting some film in a Leica lllf camera. This camera was manufactured in 1952 or 1953. All manual and not even a light meter. I always loved the look of film shot in Leica cameras.

Fujifilm Velvia has been one of my favorite films. Even when I shoot my Fujifilm X-Series digital cameras, I shoot RAW and Velvia film emulation. It was because of the photographs in this book that got me into it. I like the saturated colors and high contrast. And I will be shooting the film again too. 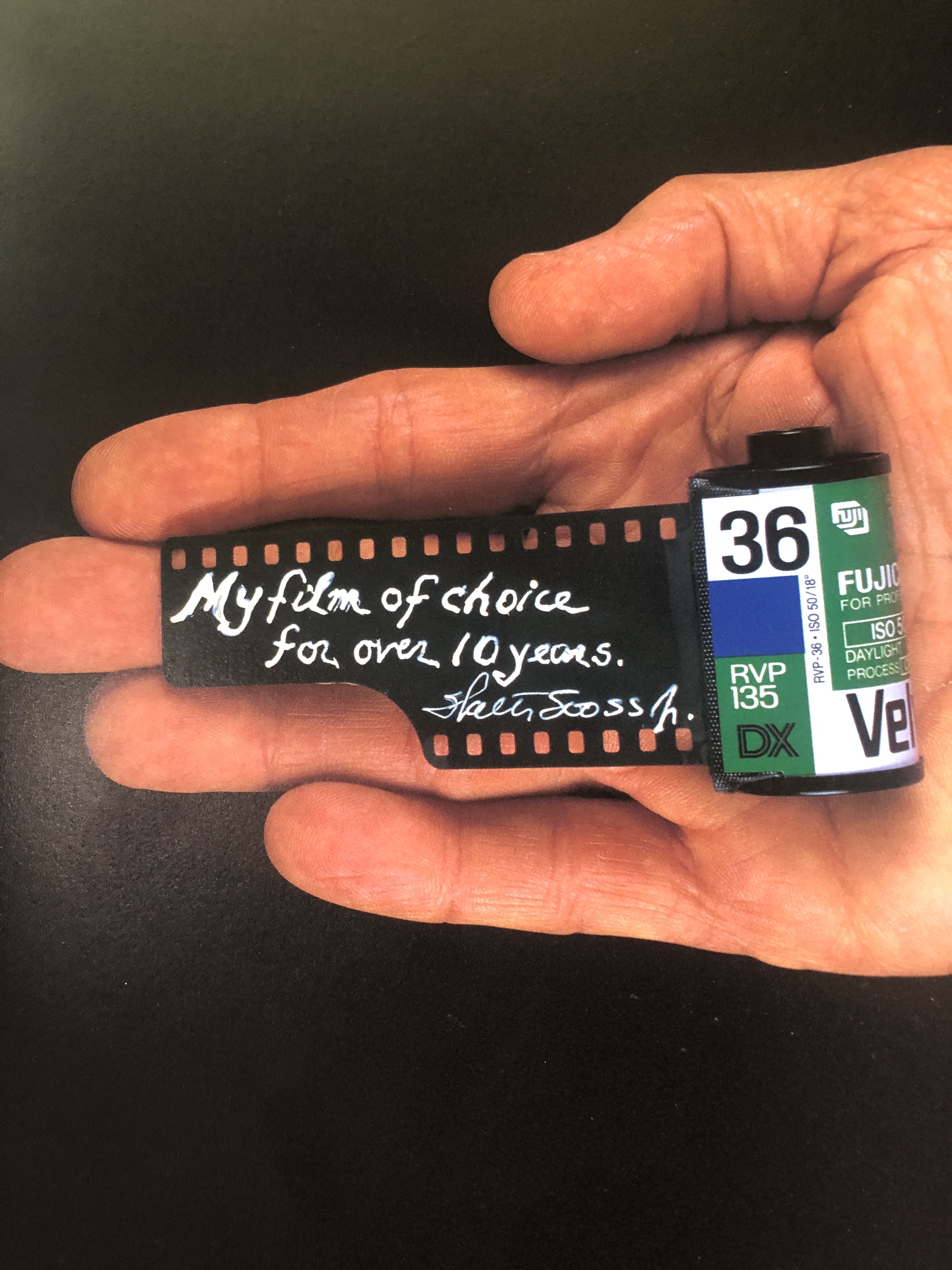 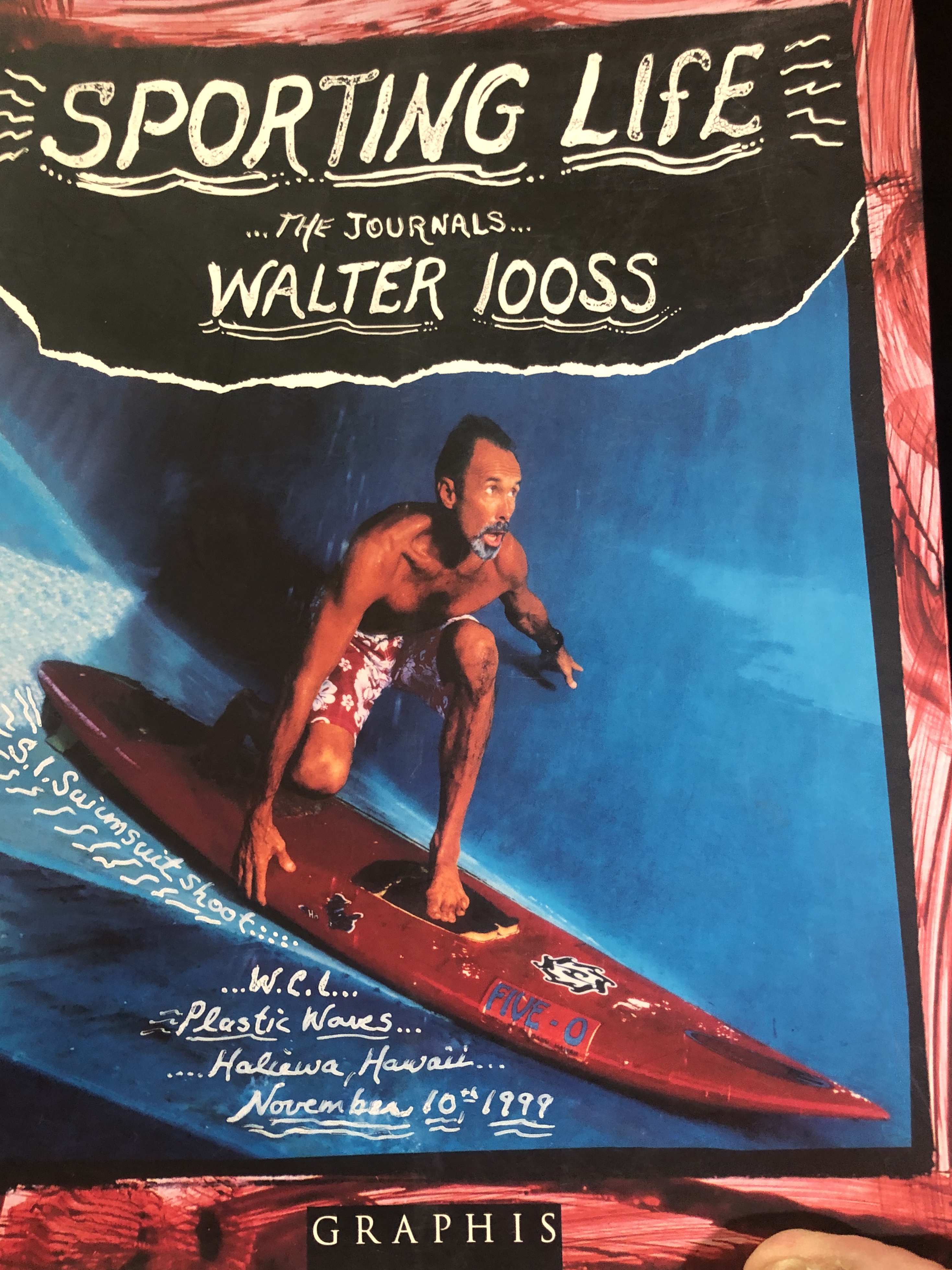 I always liked shooting film. Dwayne’s was the only film lab left still processing Kodachrome. I like many photographers saved our last rolls to get into Dwayne’s to be a small part of photography history.

Now in these changing times, I am going back to shooting some film for a change of pace and for the idea of going back to the history of photography. There is no more Kodachrome or Kodachrome processing but many films are in production and have been brought back in to production. 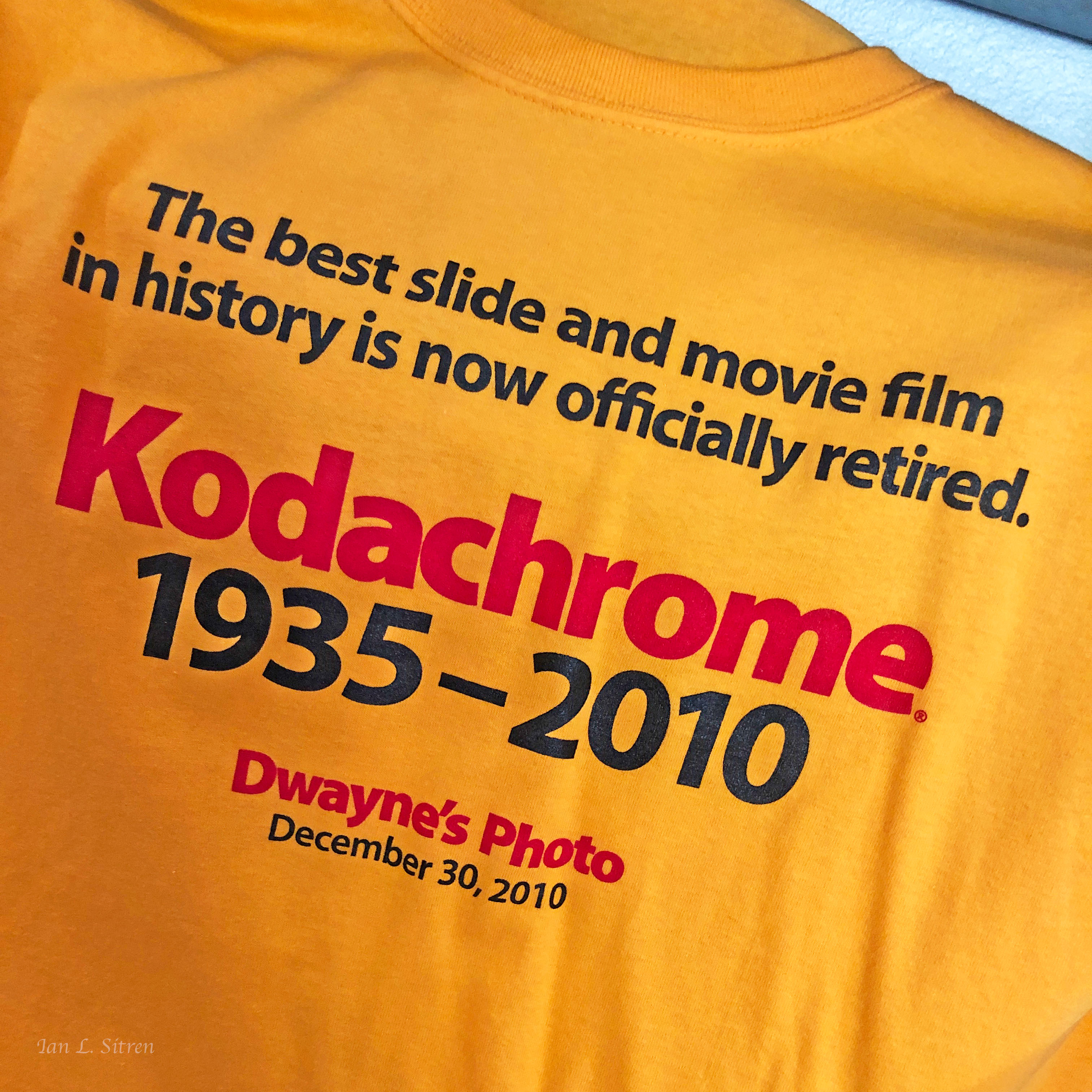 Sometimes I forget what I have. Have to get some film, I have not one roll left!

On the rocks is often my choice. Windy Nguyen makes for a wonderful yard accessory don’t you think! From our photo shoot. 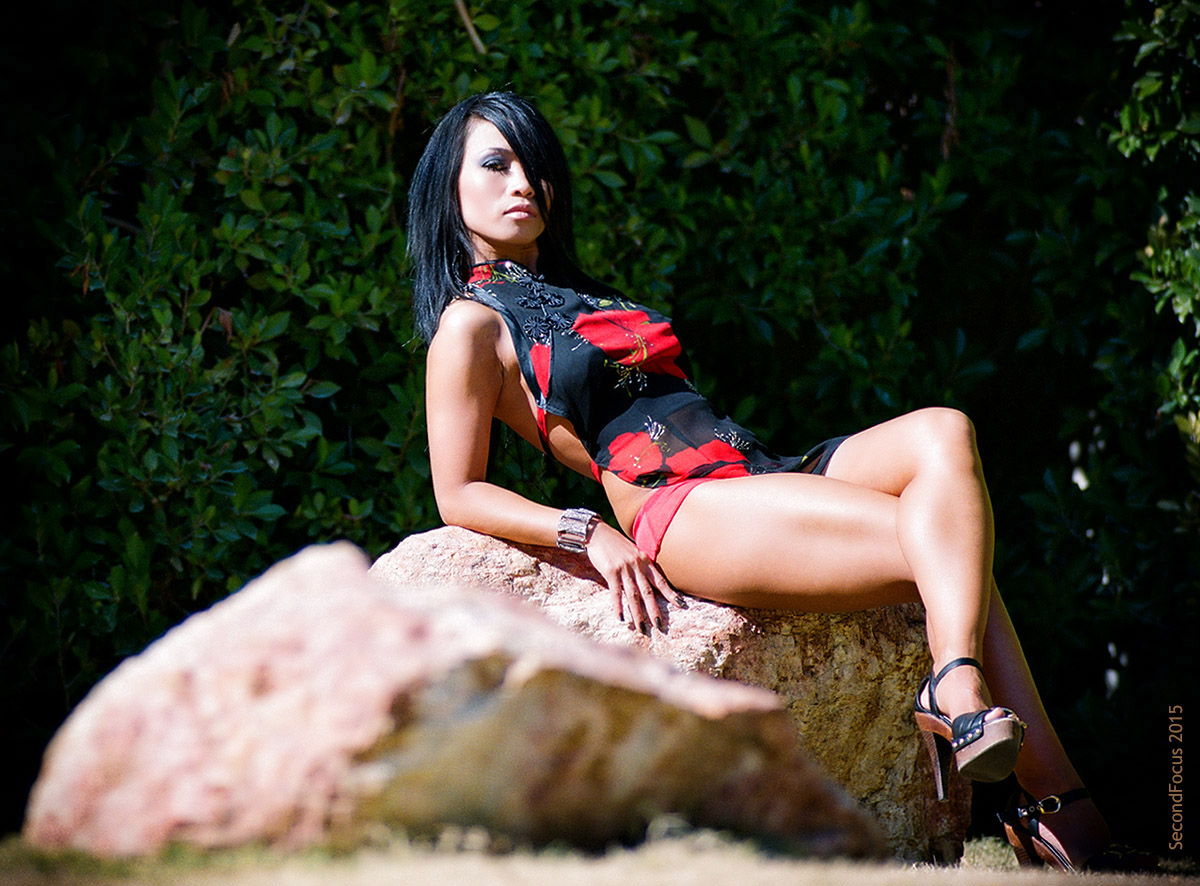 Photobomb or not? Maybe she is just ignoring him. Above the bay in Marina Del Rey California for a photo shoot. 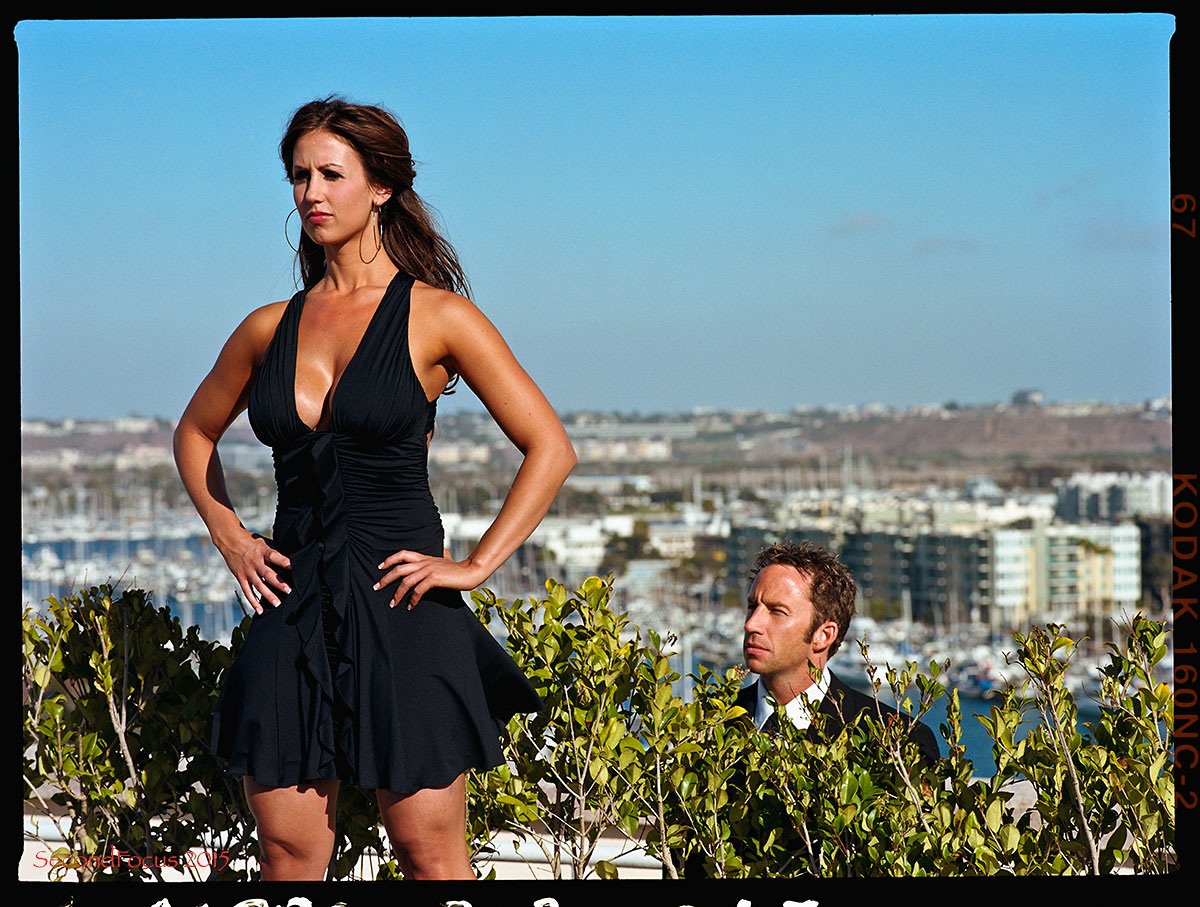 My Relationship With Keira Knightly

Well other than thinking that she is just gorgeous and I very much enjoy seeing her in movies and photographs, I do not have a relationship with Keira Knightly. Except for perhaps in agreement with some of her views about photography. She was recently photographed by famous fashion photographer Patrick Demarchelier for Interview Magazine. And she also was the interviewer of Demarchelier for the feature. More below… 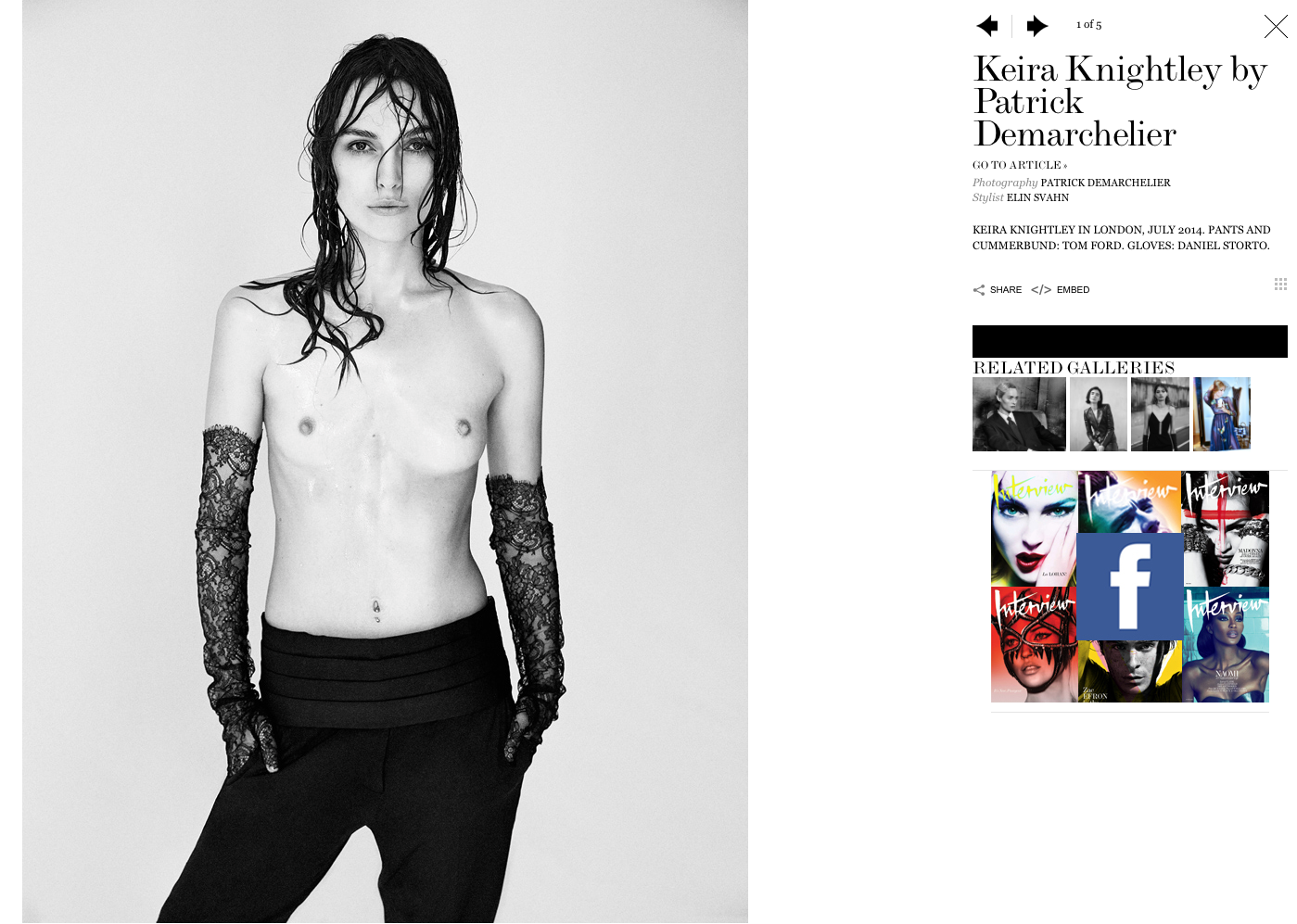 In the interview Keira brings up a few points and asks questions of Demarchelier about shooting film versus shooting digital as she sees a difference in how photographers relate to the subject or model. Here are a few of those questions…

KNIGHTLEY: I’ve noticed that the people who started on film still have the ability to see the person in front of them. Whereas for a lot of photographers who have only ever worked in digital, the relationship between the photographer and the person who they’re taking a picture of sort of doesn’t exist anymore. They’re looking at a computer screen as opposed to the person.

DEMARCHELIER: Exactly. I love digital, but the only problem is less intimacy. People look at the screen right away. Before, nobody saw the picture before you saw the final picture. There was more privacy in a way.

KNIGHTLEY: Do you miss any of the physicality of it? I think I’m a horrific kind of romantic about film. There’s something about that single shot that was one moment in time, and something about the physical process of the light hitting the lens and the dark room. I find it difficult to see the romance in digital.

DEMARCHELIER: It can do that too, actually. I do a Polaroid before shooting. A Polaroid you do one picture, three pictures, it’s really a moment. Capturing that moment with those pictures is interesting.

I want to say that I really understand what Keira Knightly is saying. By example when I am shooting on location in bright sun and shooting digital, you can’t see the screen on the back of the camera anyway. So I do find myself shooting more like when I do shoot film. Less as an observer and more working directly with the model. There is more of a connection, kind of an eye to eye thing. I have caught myself lately making that digital mistake. I see other photographers, younger photographers who have not shot film. being totally detached like they are watching selfies on an Instagram feed. As a consequence their photos are truly uninspired.

So what have I done to stay connected? Simple things that make me slow down. You might see me shoot with the camera on a tripod. Let’s me pay more attention to the model and details. I do shoot way fewer photos than other photographers. I hear models tell me that they shot with some photographer and they shot thousands of photos in a photo shoot. That usually only means you have a whole bunch of mediocre photos to look through and the photographer is just being a button pusher and watching.

To paraphrase a story about the great photographer Helmut Newton; it is said that for the cover assignment for a very prominent fashion magazine he only shot three photographs as the selections. When confronted by the very famous editor that he only sent in three, Newton responded “Well you only need one”. That “one” was always a work of art and not just one of many photographs.

And from time to time you might see me shoot film. When you only have 12, 16 or 36 frames before you have to reload the camera that will slow you down. Especially when you consider that each roll of film will cost $35 – $50 each to be developed and scanned. Every now and then some of you may have even seen me bring out the Polaroid cameras. I intend to do that more as well. For many of you it will be a new experience. No screen to look at not he back of the camera. One model I worked with was very confused by it and she said “Is that like movies?”. Don’t worry I won’t make fun of you. It’s all fun!

Well I hope Keira Knightly sees this and stops by to do a shoot on film with me. Maybe she or Interview Magazine did call me about this feature and I was at the gym or something. I will just keep telling myself that. Thanks!

Lots of reasons to be fit and healthy! And if you want it that way, looking good naked is one of them. All the better! From my photo shoot with Melyssa.

I am always amazed and gratified that my skills as a photographer can equal the great looking people I get to photograph. Jake Sawyer works very hard to sculpt his physique so even better that we get to shoot at fun locations in a classic photographic style. Most of you will have no idea what I am talking about when I say that this was shot on medium format film. A film that is actually of historical importance, Kodak Tri-X. Anyway, one of my favorite ever photo shoots! Thanks!