When I was a kid, it was the United States Air Force Thunderbirds that captured my imagination. Guess they still do! Photographed by me at the Reno Air Races 2019.

4th of July! I have to try this jumping out of an airplane soon.

Just over a week ago at the Reno Air Races. The United States Air Force Thunderbirds brought incredible excitement and aerial precision. Daily their lengthy demonstrations roared over the crowd demanding unwavering attention. Although I shot plenty of photographs, sometimes I would just watch in awe. It was simply breathtaking! 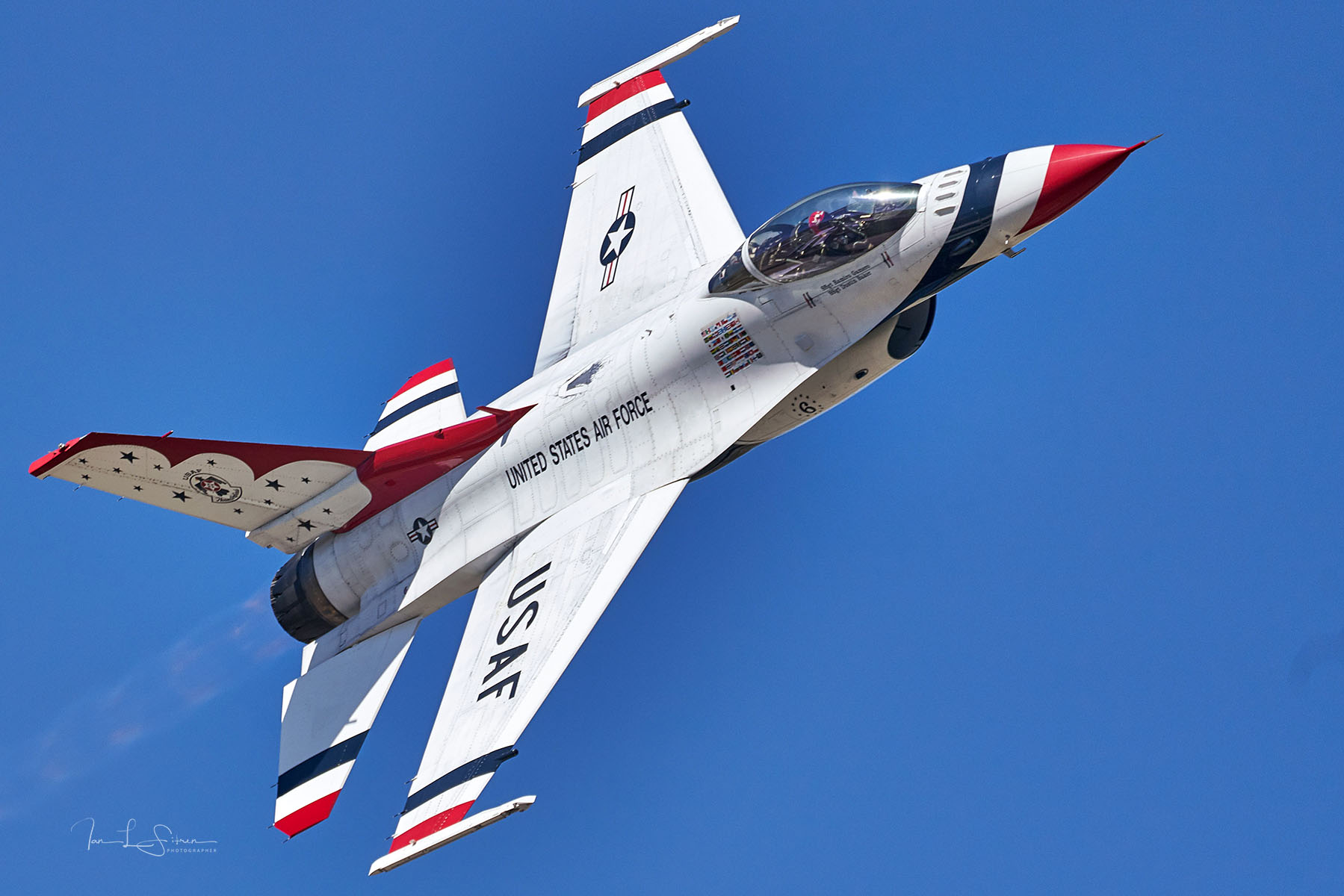 Very much enjoy getting to discover and research these moments in history. As Social Media Manager for the Palm Springs Air Museum. 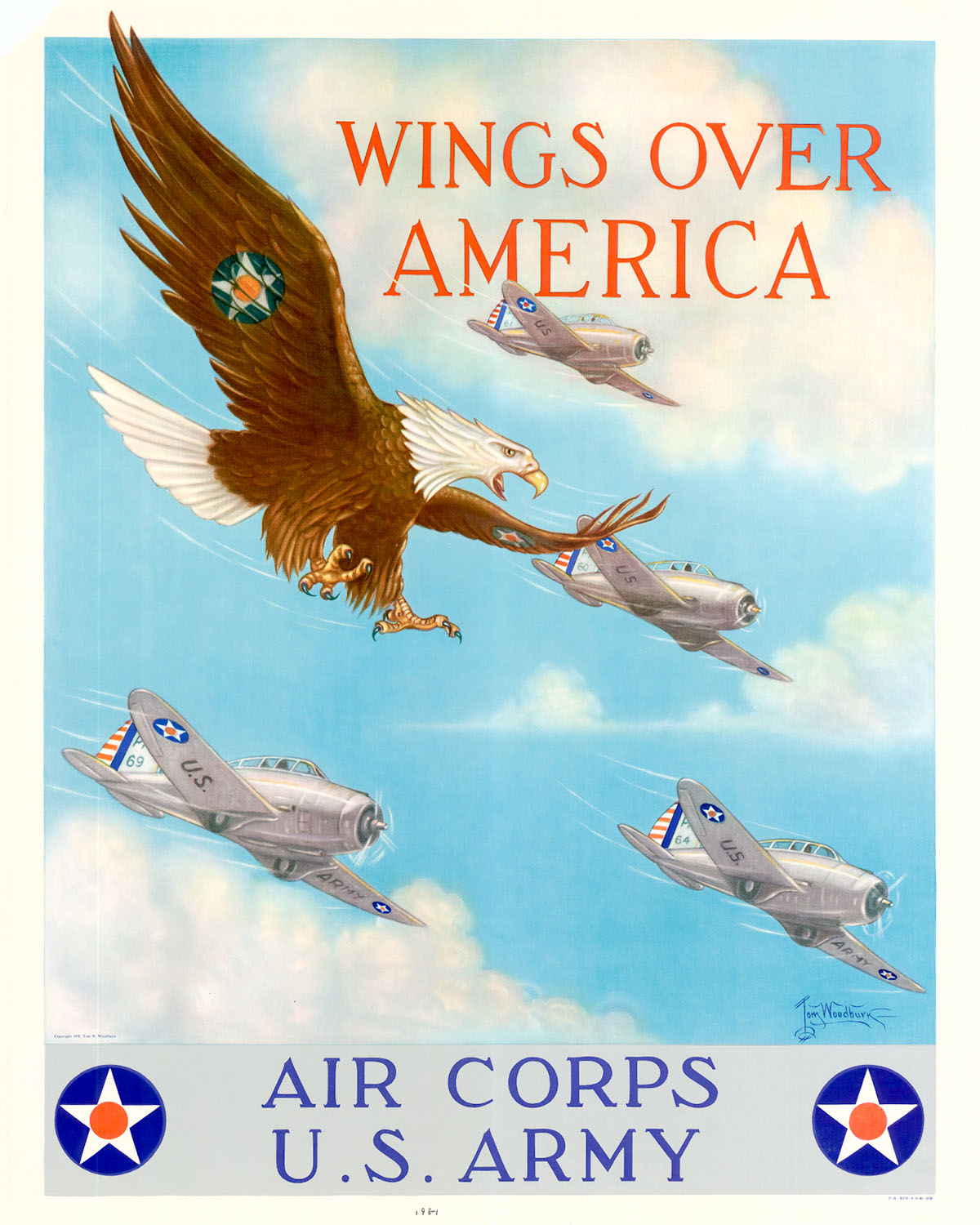 Thank You to Palm Springs Air Museum friend Brooks Wachtel, Emmy Award Winner and Co-Creator of the History Channel series “DogFights” for this moment in history.

I Was Just Standing There

I was just standing there, taking this nice photograph of this little mountain when this airplane got right in my way! I have identified it as a C-17 Globemaster III departing March Air Reserve Base. Think I should complain?

The restoration crew at the Palm Springs Air Museum are nothing short of magicians. This F-102 “Delta Dagger” sat in a forest for 40 years. This entire rear section has been re-created from jigs and templates that were 3-D printed from a survey of an intact F-102. Standing next to it up close made me think two things… First, now it almost looks like it just rolled off the assembly line. Second, it is a much bigger aircraft than I had realized. Especially having seen it on a truck when it first arrived at the Museum some time back.

The Convair F-102 “Delta Dagger” was the Interceptor that served as the backbone of the United States Air Force. It entered service in 1956 and 1,000 were built, designed to intercept invading Soviet strategic bomber fleets during the Cold War. In various versions, it had a top speed of Mach 1.22 and a service ceiling of 56,000 ft. The F-102 served in Vietnam, flying fighter patrols and serving as bomber escorts, finally retiring from USAF service in 1976. There are no flying F-102s in existence today.

By the way, The first operational service of the F-102A was with the 327th Fighter-Interceptor Squadron at George Air Force Base, near Victorville, right here in Southern California in April 1956. I am looking forward to seeing the completion of this F-102 and it making it’s permanent home not far from it’s beginnings. Very exciting! 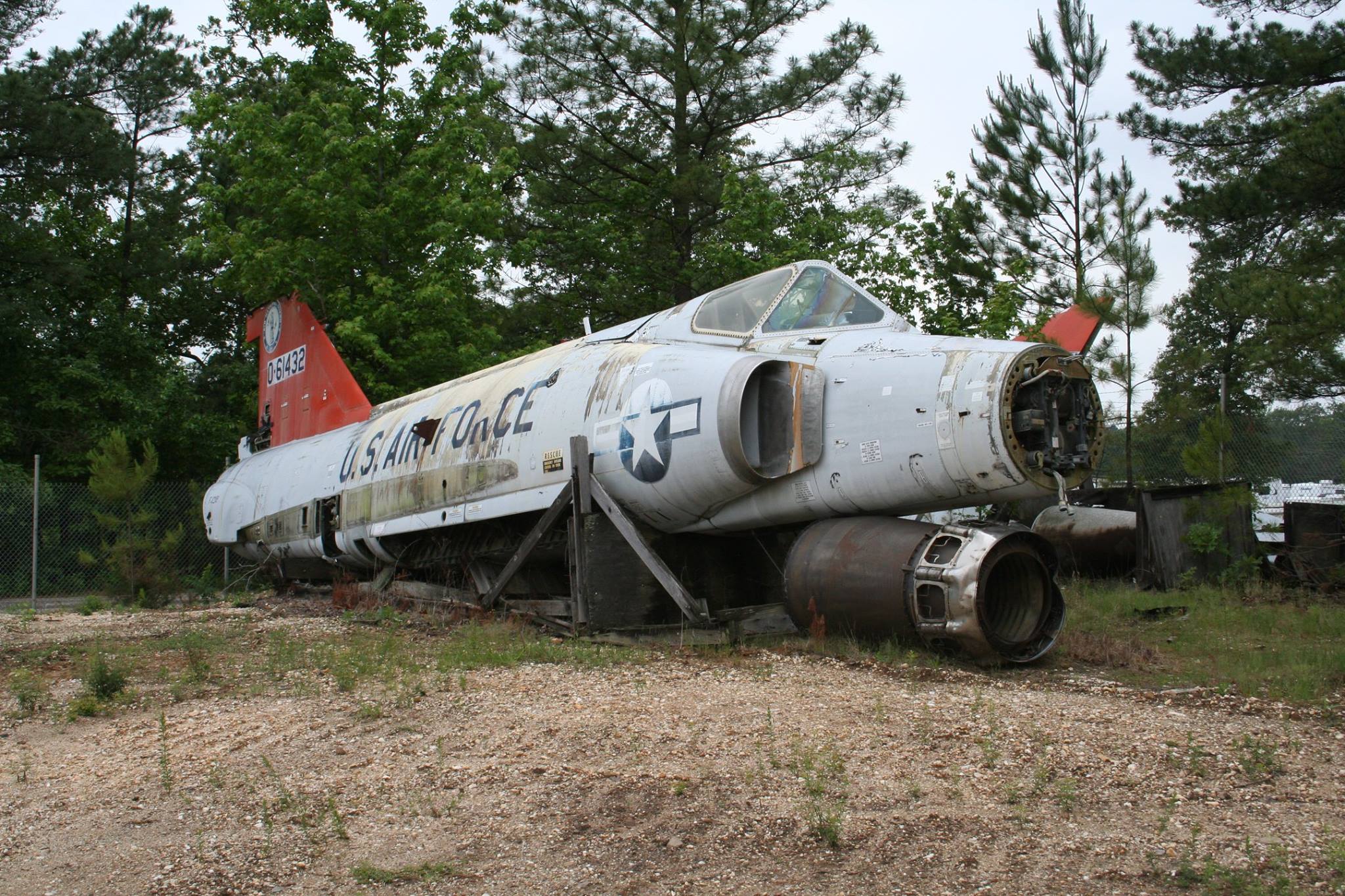 Before Photo Courtesy of the Palm Springs Air Museum

Flying In To Muscle Beach

Of course Lisa Marino Sanders would arrive in her United States Air Force F-16 for her photo shoot with me at Venice Beach.

If you were on stage at Muscle Beach or just nearby on Memorial Day, this is one of the memories you are carrying in your mind from 2015. One you will not forget soon! The only bodybuilding and fitness show to open with the United States Air Force flying a C-17 overhead at roof top level.  You saw it, you heard it and you could feel the excitement. Only at the real Muscle Beach shows! That is where you find me with my cameras for over a decade.

A giant United States Air Force C-17 Globemaster III does a flyover at Muscle Beach to open the big International Classic bodybuilding and fitness show for Memorial Day 2015. Really something to see and hear! And it only happens at the Memorial Day show at the real Muscle Beach/Venice! A big Thank You to Ken H. Goode Jr.​ and the great people at March Air Reserve Base for making this happen!

The question came up yesterday about whether or not the United States Air Force might bring me another F-16 to Muscle Beach for the big Memorial Day show. Well maybe they did not bring it out just for me and Lisa Marino Sanders last year. But I think it is a good thing to do. What do you think?

C-17 Globemaster Down The Street

A United States Air Force C-17 Globemaster leaving the Palm Springs Airport Tuesday. I was at the Palm Springs Air Museum on a top secret photo shoot so I caught a few photographs as it took off. It may have been one of the support aircraft with Air Force One which departed Monday. It is interesting to think that when Air Force One is here, it is parked within an easy walk from my house. If the street were wider, the President could taxi on by and pick me up! 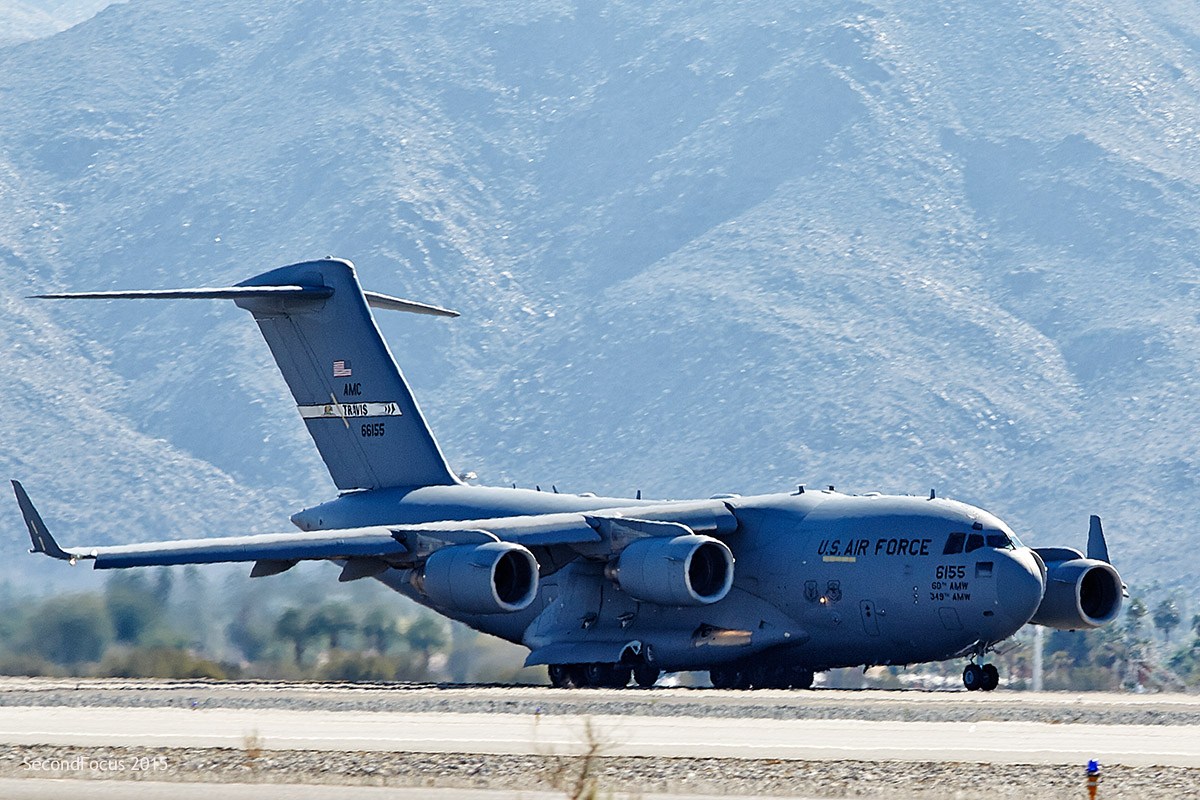 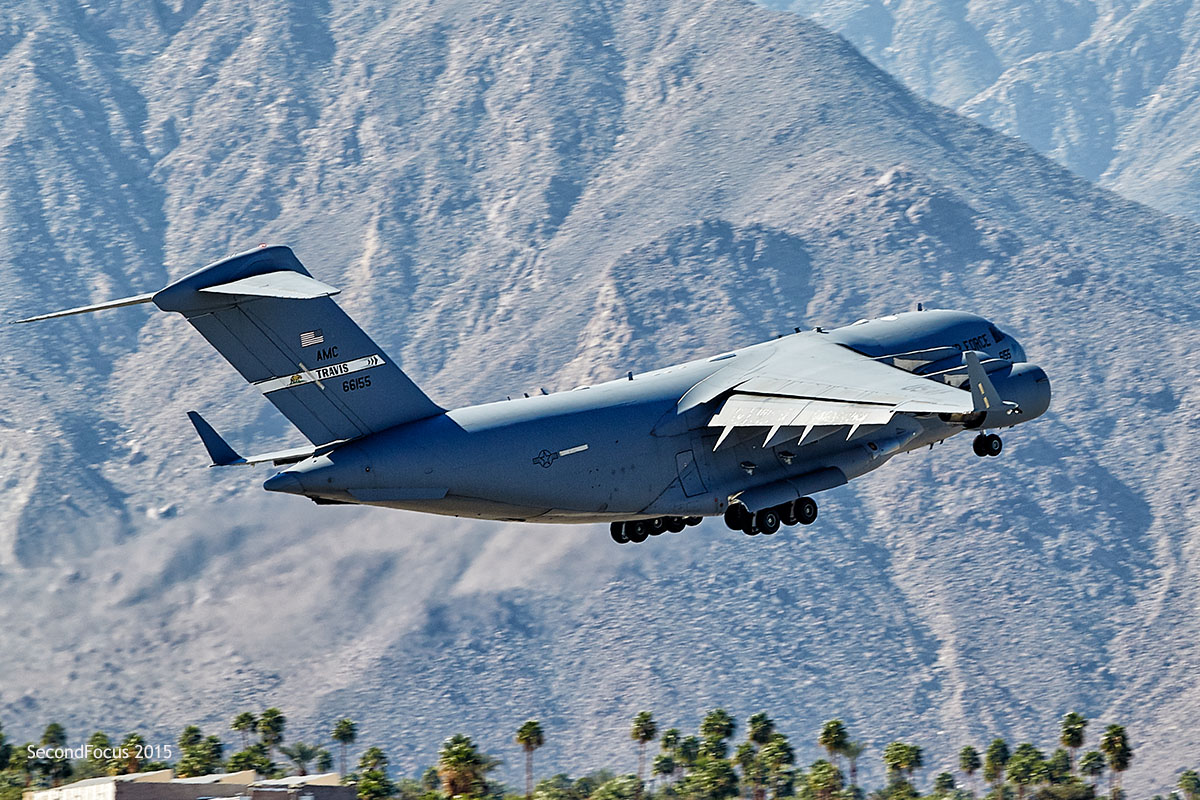 It Started With Way More Than A Bang!

I was going to talk about Summer highlights starting with a bang with Lisa Marino Sanders. But that was no bang, that was an explosion! Our photo shoot at Muscle Beach/Venice getting to use a United States Air Force F-16 and shooting along the famous Venice Beach boardwalk. We were often mobbed and stopped every inch of the way by tourists wanting photos of Lisa or selfies with her. It was too fun and Lisa is nothing but incredible! A big Thanks to Natalie Lyle for makeup and hair styling that gave her that star quality all day! Outstanding!!

In The Cockpit She Looked Better Than Me!

I was just trying to convince Lisa Marino Sanders into letting me drive. But I remember her diplomatically saying that she probably would look better in the cockpit of the F-16 at Muscle Beach than I would. It was hard to argue with that so I just went back to taking the photographs.

Yes on Memorial Day weekend as part of our photo shoot we got Lisa up in that cockpit. And yes it is a real United States Air Force F-16 fighter jet. They brought it out just for us. Ok… well they brought it out for the big Memorial Day show at Muscle Beach/Venice. The place “Where Muscles Were Born”! Thanks!

And a big Thank You to Natalie Lyle for her great Makeup and Hair Styling all day!

I knew it was coming, but it was a secret, a big secret. A real F-16 jet fighter courtesy of the United States Air Force at Muscle Beach at Venice Beach for the big show tomorrow. Very Cool!

You Will Find Me At Muscle Beach!

It is that time when you find me at Muscle Beach/Venice for the big Memorial Day Bodybuilding and Fitness Show. I will be headed out there tomorrow Sunday for photo shoots and photographing at the show and all around on Monday.

Here is one of my photos from in the pit during a show with Andy Haman wowing the girls on the boardwalk. It has not changed at Muscle Beach almost forever. It is the place “Where Muscles Were Born” and only gotten better and more fun! And I will tell you a secret… tomorrow the United States Air Force will be rolling in to set up a real F-16 Jet Fighter to show off right there at the show on Monday! How cool is that!